If you’re looking to build your retirement portfolio with stocks that pay high dividend yields, the environment is not in your favor.

After a year-long relentless rally in equity markets, some of the best dividend stocks are offering yields that are in the low single digits. The index is paying a dividend yield of just over 2%, after it surged more than 14% this year.

In search of quality dividend stocks that still offer a reasonable yield to beat inflation, we scanned the dividend space north of the border and came up with the following three names from different sectors. Let’s take a deeper look:

One popular trade that has attracted a lot of income investors in recent years is to buy quality Canadian banking stocks and to play to the strength of the nation’s economy and its sound financial regulatory environment.

Canada’s six top banks generally pay between 40-50% of their income in dividends each year, making them quite an attractive bet for retirees.

Bank of Nova Scotia (NYSE:) (TSX:), Canada’s third-largest bank, is currently offering the highest yield among the top six banks, and it could be a good addition to any long-term retirement portfolio. 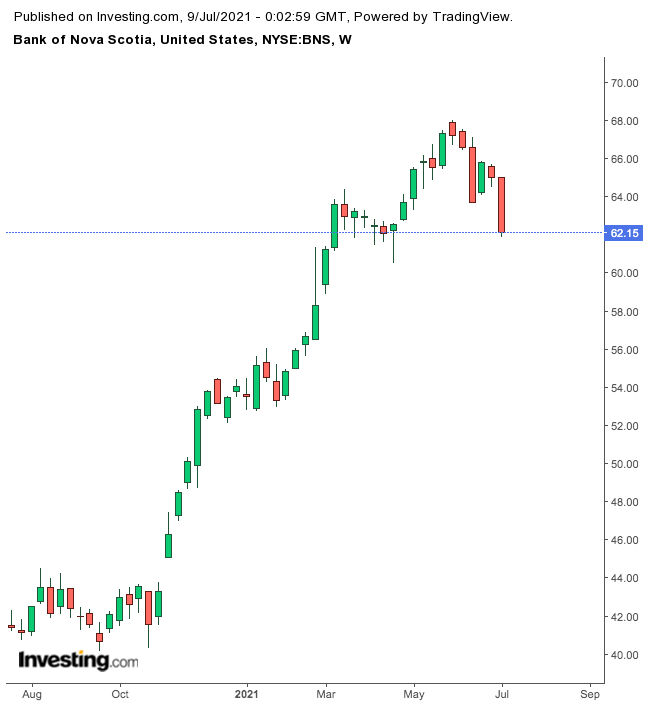 Just like in the US, the Canadian banking regulator had stopped these lenders from increasing their payouts during the pandemic, but now that the economy comes back strongly after the pandemic recession, chances are bright that these lenders will resume dividend increases and share buybacks.

Canada’s six largest banks, flush with capital after the pandemic failed to bring an extended wave of loan defaults, could boost their dividends by an average of 13% when regulators allow them to resume payout increases, Bloomberg reported this week.

The Office of the Superintendent of Financial Institutions is expected to lift those restrictions in the second half, which would result in significant dividend hikes at most of the Big Six banks, according to an analysis by Bloomberg Intelligence.

Another high-yield opportunity from the Canadian market is Calgary-based Enbridge (NYSE:), which is North America’s largest gas and oil pipeline operator. Enbridge’s cash flows are well diversified across many businesses and geographies, helping the utility to weather the economic downturn better than other companies.

For instance, while the pandemic hurt oil consumption across the board, Enbridge’s gas transmission, distribution and storage businesses, which account for about 30% of cash flows, shielded the utility and saved its payout. 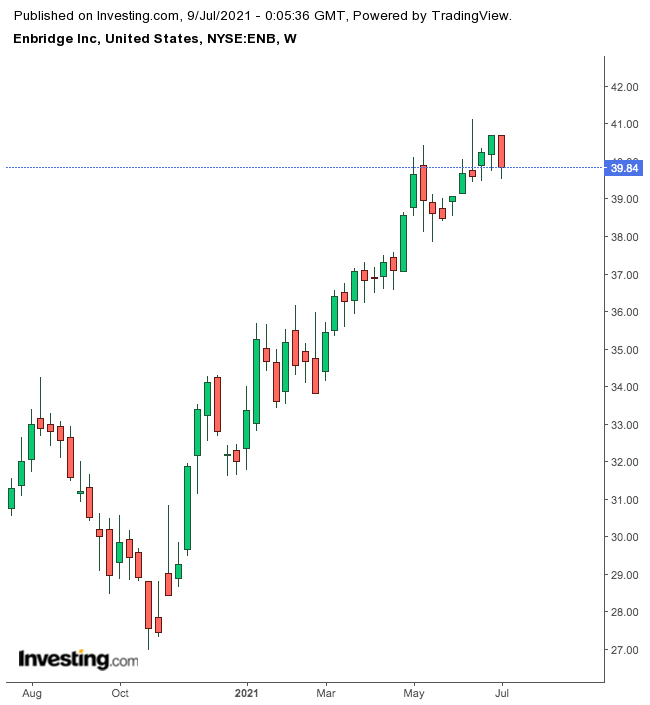 Over the past three years, Enbridge has been carrying out a restructuring plan, selling assets, focusing on its core strengths, and paying down its debt. These measures are likely to benefit long-term investors whose goal is to earn steadily growing income.

The company last month sold its stake in a Montreal-based natural gas distributor for C$1.14 billion in cash as it aims to keep debt levels at 4.5 to 5 times earnings before interest, taxes, depreciation and amortization. The company’s other priorities include increasing its dividend, completing a major oil pipeline expansion project this year and expanding its renewable energy business.

Just like power and gas utilities, Canadian telecom operators also offer a solid choice to retirees to earn a steadily growing income stream. The nation’s largest telecom operator BCE (NYSE:) (TSX:) is one such candidate to consider, especially when its yield is nearing 6%.

Telecom stocks tend to perform better when long-term interest rates are down because companies, like BCE, use a lot of debt financing to fund investment cycles. When interest rates are low, it costs them less to maintain and refinance their debt.

This strong connection to long-term rates will allow BCE, also known as Bell, to recover quickly when the pandemic-related slowdown is over. But the stock’s higher yield shows that investors are in a wait-and-see mode as telecom operators struggle while the work-from-home environment hurts their wireless and media revenue. 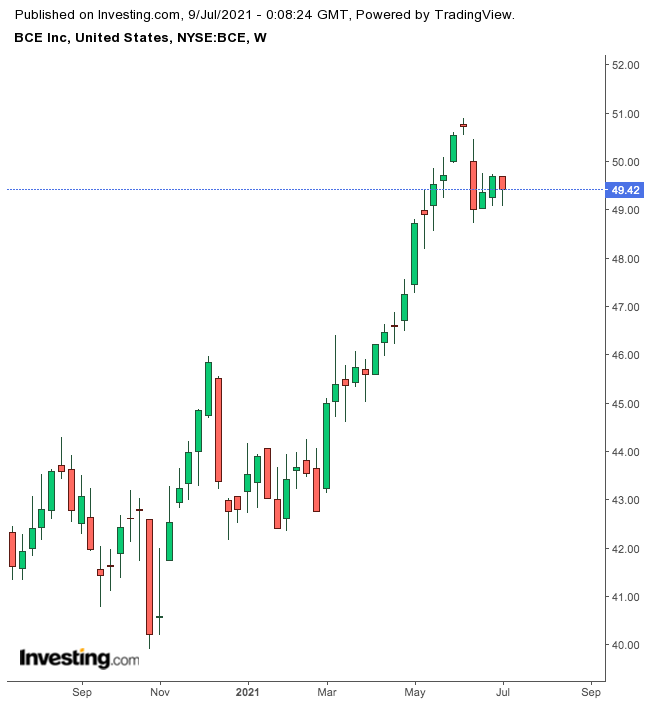 That sluggish period, which pressured BCE shares during the pandemic, seems to be over. Its stock has gained more than 15% this year after the company beat analysts’ earnings estimate in April.