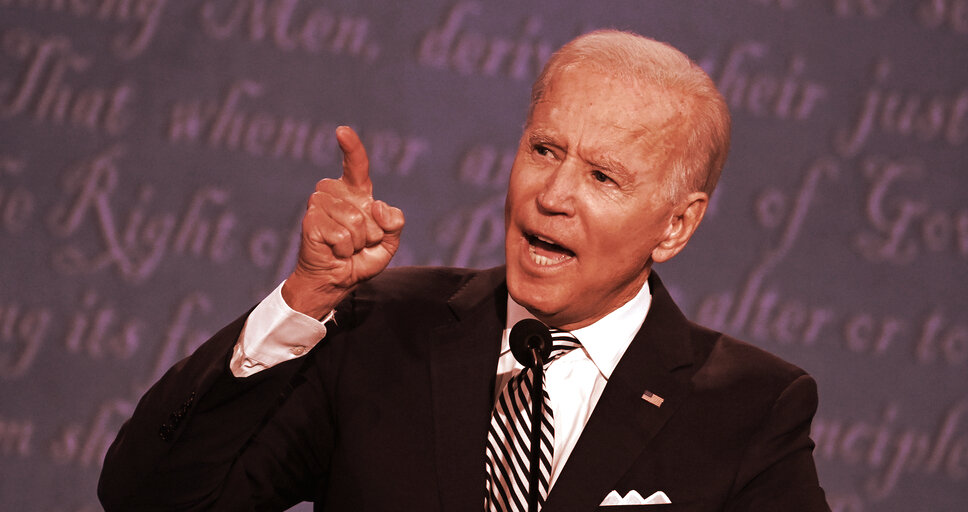 In a phone call today, President Joe Biden told his Russian counterpart Vladimir Putin that the U.S. will take “any necessary action” to combat ransomware, according to the White House.

Ransomware is a kind of cyberattack in which hackers lock people, businesses or organizations out of their own computer networks and demand payment, often in Bitcoin, to regain access.

A series of ransomware attacks has hit the U.S. this year, most recently against IT company Kaseya and the thousands of organizations that use its software. REvil, a Russia-based cybercrime outfit has demanded $70 million in Bitcoin to restore operations. That group was also behind a May attack on meatpacker JBS, which ultimately paid $11 million in Bitcoin to the group.

REvil is not a state actor. But Biden says that doesn’t matter.

“I made it very clear to [Putin] that the United States expects when a ransomware operation is coming from his soil even thought it’s not—not—sponsored by the state,” he told reporters, “we expect them to act if we give them enough information to act on who that is.”

President Biden says he expects Putin to take action against ransomware attacks and that there will be consequences if he doesn’t. pic.twitter.com/6W2FJ43eNK

President Biden also told reporters that the two countries have “set up a means of communication” to discuss such matters regularly.

Biden had last month pledged that there would be consequences if Putin failed to act, but the Kaseya attack last week—the biggest of its kind to date—has tested his resolve.

When asked whether there will still be consequences, Biden answered, “Yes.”