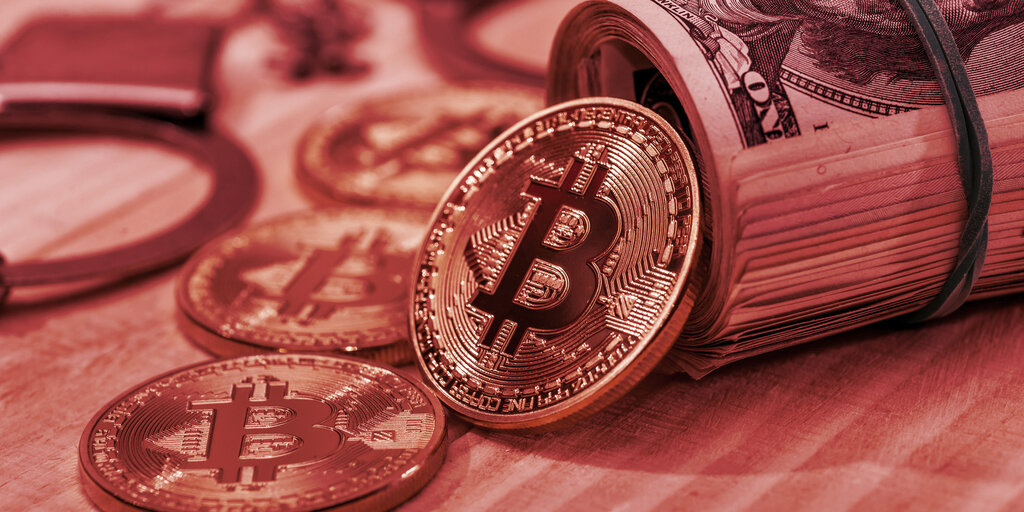 Americans are paying higher prices for cars, gas and electricity, and even food. That’s right: inflation is up again, with goods and services now costing 5.4% more overall than they did a year ago, per the US Bureau of Labor Statistics’ monthly Consumer Price Index (CPI).

It’s the highest inflation increase since August 2008, a time shortly before Bitcoin—a deflationary asset—was introduced. Yet as dollar inflation tracks upwards, Bitcoin’s price is headed down. The coin, heralded as a store of value, has lost 15% of its value in the last month.

So what’s going on? The shrinking buying power of the dollar should, in theory, play into Bitcoin’s hands. After all, Bitcoin is supposed to be a store of value on par with gold. It’s supposed to be a hedge against the inflation Americans are currently facing.

Instead, the price of Bitcoin keeps on falling. It’s down 4% this week and over 15% in the past month, according to Nomics. It’s even worth 0.5% less than at the beginning of the year, which would be compounded by the lower purchasing price of the dollars you’d exchange it for. At $32,820, BTC is barely half of what it was worth when it hit a high of $63,506 on April 12.

To be fair, BTC is worth over 250% more than it was on this date last year. While the data can be cherry-picked in either direction, the short-term trends are clear: Bitcoin has lost value relative to the dollar since inflation started ramping up again.

Bitcoin’s defenders have a few, interconnected points they can make. First, the market capitalization for Bitcoin didn’t just rise in late 2020 and early 2021—it exploded. Its current price would have shattered the record on any date before 2021. The subsequent downturn, then, is just a natural cool-down from irrational exuberance.

Second, most market watchers could have guessed inflation was coming. Prices dipped last April and stayed depressed for much of the year as the economy went into survival mode. With people anxious to have a normal summer, they are willing to pay higher prices after accumulating savings throughout the pandemic. Therefore, that price accumulation could very well have been a way of baking this looming inflation into the price of the coin.

Or, as Alex Tapscott, an exec at crypto investment fund Ninepoint Ventures told Decrypt in May, “This might be a case of ‘buy the rumor, sell the news.'”

Just don’t tell that to people who purchased at the top of the market. For them, BTC looks like the inflationary asset.