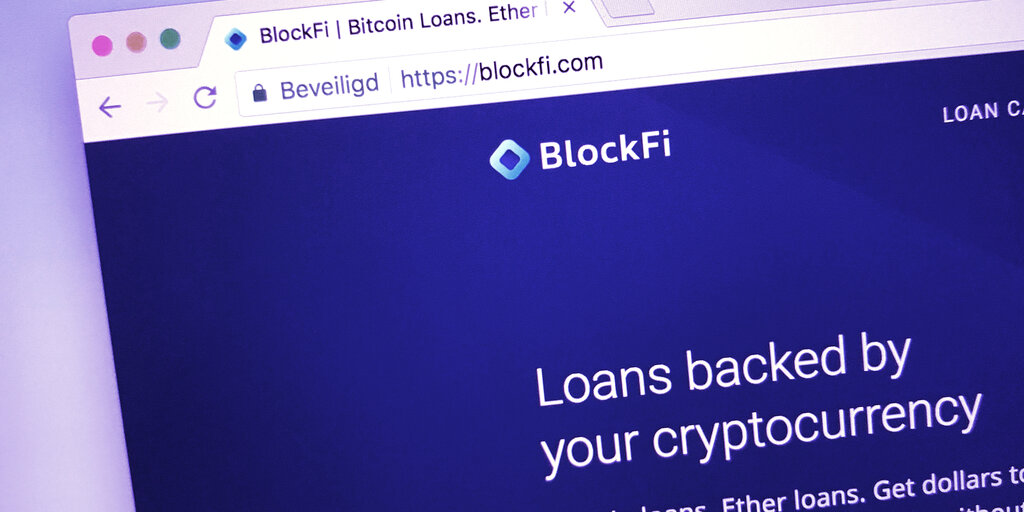 The news is a significant blow to BlockFi, which is one of the more prominent companies in the crypto industry and known for offering yields of up to 8% to those willing to lend out their crypto.

“The order calls for BlockFi to stop accepting new [BlockFi Interest Account] clients residing in New Jersey beginning July 22, 2021,” said Prince, adding that the company will be able to continue to serve existing customers in the state and other jurisdictions.

Forbes was first to report on the cease-and-desist after obtaining a draft press release from the Attorney General’s office. The publication cited a comment by Acting Attorney General Andrew J. Bruck that suggests BlockFi has been violating securities laws.

“Our rules are simple: if you sell securities in New Jersey, you need to comply with New Jersey’s securities laws,” said Bruck in the release, which is likely to become official in the coming hours. “No one gets a free pass simply because they’re operating in the fast-evolving cryptocurrency market. Our Bureau of Securities will be monitoring this issue closely as we work to protect investors.”

It remains to be seen, however, whether New Jersey views BlockFi’s entire operation as a violation of securities laws or whether it only has issues with certain transactions. Given that federal regulators have declared Bitcoin and Ethereum are not securities, the state may only have targeted the company over its loan products tied to assets such as Chainlink and Uniswap.

In any case, BlockFi is now in serious trouble with regulators. The critical question in coming days and weeks will be whether federal regulators as well as officials in other states—especially New York—take legal action against the company.

BlockFi has been a darling of crypto investors, having raised over $450 million to date and achieved a $3 billion valuation. But it has had other recent stumbles. Most notably, a promotion in May went awry as the company sent out rewards denominated in Bitcoin, not dollars, resulting in massive liabilities. All of this has raised questions about whether the platform is safe for average consumers.

Meanwhile, news of the New Jersey investigation appeared to trigger a fall in the price of Bitcoin, which tumbled below $30,000 late Monday.