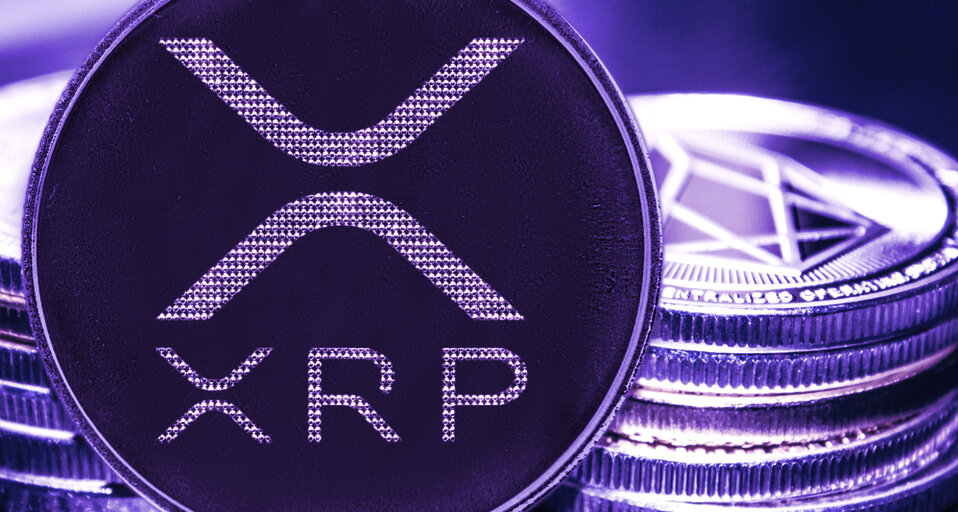 Crypto markets took a dip this summer but NFTs, or non-fungible tokens, are as hot as ever. Sales of the tokens—which are touted as unique digital artifacts—totaled $2.5 billion in the first half of 2021, and are still going strong as collectors snap up NFTs of art, sports highlights, and much more.

The NFT boom has brought new opportunities for artists, actors and entrepreneurs, but also for blockchains and distributed ledgers. While Ethereum is the go-to place to mint and store NFTs, rivals are trying to get in on the action—the latest example being Ripple. The company, whose fate is hitched to the XRP ledger, announced last week that it joined a Series A investment in Mintable, a site that offers simple tools for anyone anyone to make NFTs.

In an interview with Decrypt, Ripple executive Monica Long described NFTs as “something we’re betting on”, and said the XRP ledger is a natural fit for inscribing NFT ownership. In particular, she pointed to the ledger’s very low costs and built-in decentralized exchange.

On the cost question, Long appears to have a point. Those who plan to mint NFTs on Ethereum often face an unpleasant surprise when they are socked with high “gas” fees, which are a form of transaction tax. In contrast, Long says using the cost of writing to the XRP ledger is more like half a penny.

Meanwhile, Long also touts the XRP ledger as a green alternative to Ethereum. While Ethereum is in the process of converting to a less energy-intensive process, its network currently requires oodles of electricity to maintain—unlike XRP, whose annual energy usage is equivalent to 12 U.S. households, according to Ripple’s co-founder.

Ripple, it should be noted, isn’t the only one trying to nudge NFT enthusiasts away from Ethereum. The upstart blockchain Solana recently announced a “Shopify for NFT” service, while its executives are likewise citing cost and the environment as a reason to switch.

But if Ripple or Solana do succeed in becoming big players in the NFT space, this could also paradoxically threaten the nascent industry. The reason is that NFTs, by their nature, are supposed to be unique—it may be easy to replicate things on the Internet, but an artifact rendered as an NFT is registered such that is one-of-a-kind.

The problem with using multiple blockchains to inscribe NFTs is that it creates the risk of artists and others offering the same “unique” digital artifact in more than one place. Such a situation would be akin to a home owner using competing title offices to sell the same property to multiple buyers.

Together, we believe NFTs will enable profitability and new business models (with the blockchain of their choice!) for creators – and mainstream accessibility to crypto. Congrats @mintable_app on today’s Series A! 2/2

According to Long, there is currently an unspoken “honor system” among the big NFT players to prevent such a scenario from occurring. But in the long term, she says the solution will turn on achieving the “holy grail of interoperability”—a task that will entail a formal mechanism to acknowledge authenticity across multiple blockchains and ledgers.

It’s still very early days for the NFT market—as it is for much of the crypto industry in general—but the recent efforts of Ripple and others to compete with Ethereum as registries of record is something that merits watching closely.