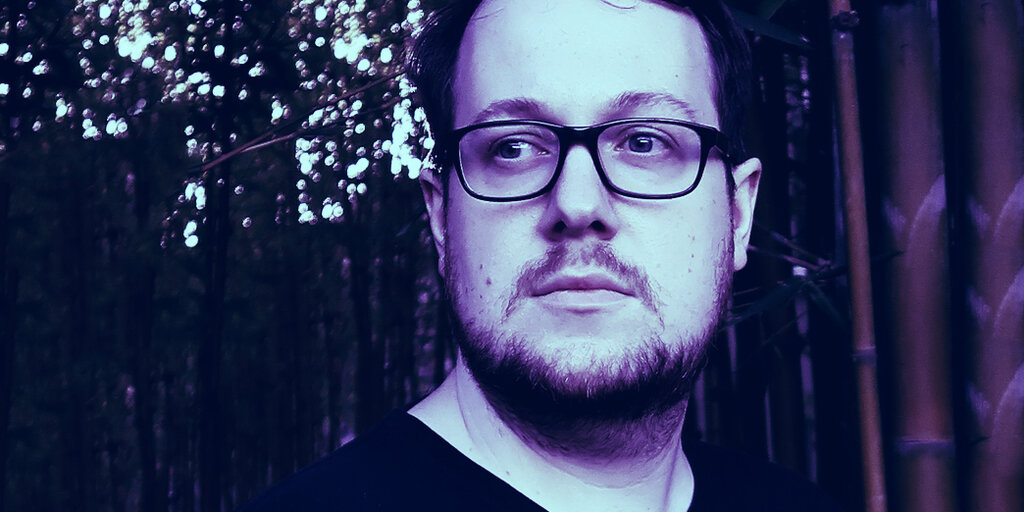 The co-founder of Dogecoin today launched an astonishing attack on cryptocurrency—claiming it has the “worst parts of today’s capitalist system.”

Jackson Palmer, who founded Dogecoin in 2013 for fun with co-founder Billy Markus before selling all his holdings, explained in a Wednesday Twitter thread why he wants nothing more to do with the crypto world.

“After years of studying it, I believe that cryptocurrency is an inherently right-wing, hyper-capitalistic technology built primarily to amplify the wealth of its proponents through a combination of tax avoidance, diminished regulatory oversight and artificially enforced scarcity,” he said in one tweet.

After years of studying it, I believe that cryptocurrency is an inherently right-wing, hyper-capitalistic technology built primarily to amplify the wealth of its proponents through a combination of tax avoidance, diminished regulatory oversight and artificially enforced scarcity.

“Despite claims of ‘decentralization’, the cryptocurrency industry is controlled by a powerful cartel of wealthy figures who, with time, have evolved to incorporate many of the same institutions tied to the existing centralized financial system they supposedly set out to replace,” he added.

“Cryptocurrency is like taking the worst parts of today’s capitalist system (eg. corruption, fraud, inequality) and using software to technically limit the use of interventions (eg. audits, regulation, taxation) which serve as protections or safety nets for the average person,” he said in another tweet.

It’s a remarkable broadside from a man who helped launch the eighth-biggest cryptocurrency. After a 6,000% rise in the past year alone, Dogecoin now has a market cap of $26 billion. The coin, based on a popular internet dog meme and intended to poke fun at Bitcoin knockoffs, has gained a cult following from those who want to get rich and others who think it is a light-hearted alternative to the sometimes uber-serious world of Bitcoin and Ethereum.

But Dogecoin’s founder no longer sees anything to laugh about—whether it’s Dogecoin or the wider cryptosphere.

Jackson criticized cryptocurrency’s use of “shady business connections” to suck money out of “the financially desperate and naive.” This is because people buy into a cult where they think they can get rich quick, he argued. Jackson concluded that he would no longer engage in public discussion about cryptocurrency because, he claimed, “modest critique” of the crypto world is not possible because of the fanaticism of its followers—the super rich or retail investors who think they will one day be super rich.

Echoes of that critique sound through Dogecoin’s own success, which is largely pinned on one of the world’s richest men, Tesla CEO Elon Musk, pumping the coin’s price on Twitter. The eccentric billionaire—known for his Twitter outbursts—has claimed the coin is his favorite crypto, causing its price to go through the roof. Co-billionaire Mark Cuban is also a proponent of DOGE.

Nic Carter of blockchain-focused VC firm Castle Island Ventures said of Palmer’s attack, “Hard to conceive of anything more despicable than creating a meritless clone of bitcoin with no use case other than ripping off clueless investors then using that notoriety to attack & undermine the technology that made you relevant.”

Though one might think it’s all sour grapes from a man who could be a billionaire, this isn’t the first time Palmer has criticized the cryptocurrency world or the coin he helped create. In 2015, Palmer bowed out of Dogecoin and the wider crypto world, calling its ecosystem “toxic.” In 2018, he told Decrypt that Bitcoin had become a “little cult-like” and that the technology had yet to add very much value to society.

In that interview, Palmer made some of the points he again made today, referring to creeping institutional investment into the crypto space: “What it really is, is a re-centralization of some of the stuff that bitcoin was trying to decentralize, right? If we get to a point where the money distribution in Bitcoin looks fairly identical to that of the traditional Wall St. banks, then what have we really achieved?”

At that point, however, Palmer still had what could be termed skeptical optimism of the space. He admitted to holding Bitcoin, Ethereum, Tezos and other tokens.

Now, it seems as though he’d rather sell his holdings then sell his soul.