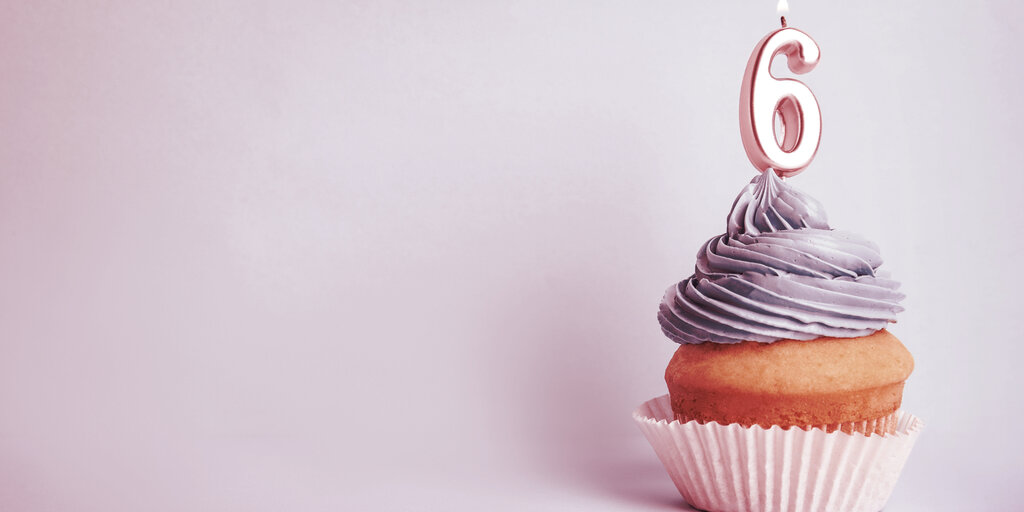 On July 30, 2015, the first iteration of Ethereum, then known by the name “Frontier,” was released.

In the six years since the network came into existence, it has weathered a near-catastrophic early attack, undergone a contentious hard fork, and built up a market cap of $278 billion—second only to Bitcoin.

But this sixth anniversary will likely be Ethereum 1.0’s last. It’s set to be replaced by Ethereum 2.0—a faster, roomier, more energy-efficient model—in early 2022. The upgrade is becoming increasingly necessary as the network struggles to keep up with its success.

Last summer, DeFi (short for decentralized finance) applications that allow people to lend, borrow, and trade crypto without ever giving custody over to a third party, exploded after years in the shadows. Over $60 billion in assets are now tied up in Ethereum-based DeFi protocols; that number was lower than $4 billion at this time last year.

This, however, created problems for the network, which was built to handle about 15 transactions per second. The constant use of smart contracts on the Ethereum blockchain for other protocols—while welcome—slowed the network down and drove transaction fees up.

That hasn’t stopped NFTs from making a home on Ethereum. That’s because non-fungible tokens (blockchain-based ownership deeds to digital and/or physical assets) were born on Ethereum. This year the market took off in earnest, over three years after CryptoKitties, an early form of NFT before the acronym had become commonplace, crashed the network. NFTs hit sales volumes of $2.5 billion during the first half of 2021, according to DappRadar, with most of that funneled through Ethereum.

Decentralized autonomous organizations, or DAOs, are also seeing a resurgence. They allow people to participate in decision-making for a protocol, business, or other type of organization by using tokens. (Even Decrypt has a DAO now.) Ironically, a 2016 DAO, known simply as The DAO, nearly undermined Ethereum’s ambitions when it raised 12.7 million Ether (then worth $150 million and now worth $30.4 billion) and was subsequently exploited. The attack, which stole millions of ETH, led to the division of the blockchain into two camps: Ethereum Classic, where the exploit stood, and Ethereum, where it was nullified.

Ethereum kept the lion’s share of users. And its more than kept its price high as well. Its value of $2,400 is a sixfold increase from this point last year.

When the proof-of-stake Ethereum 2.0 network finally comes, it will build on Ethereum’s history without erasing it, in true blockchain fashion. It’s just the next frontier.