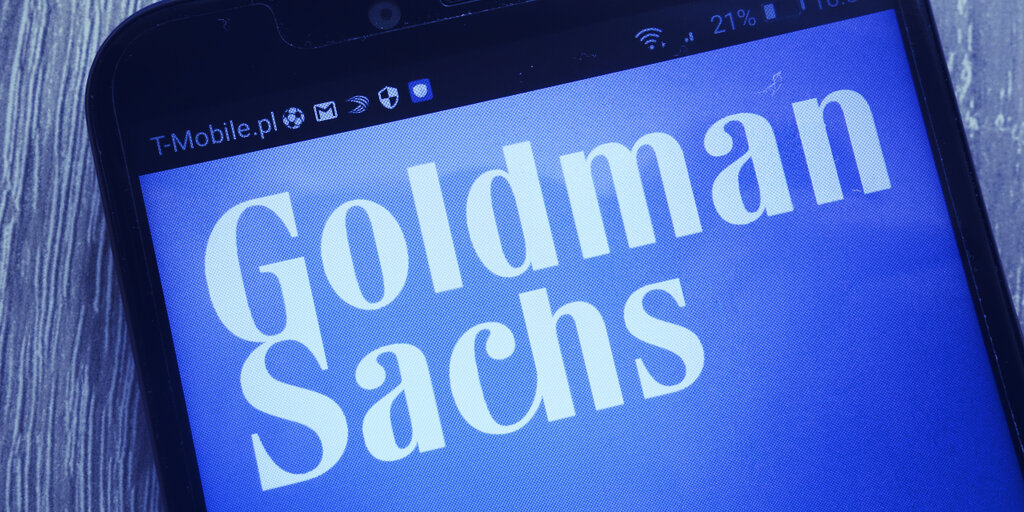 According to a filing today with the Securities and Exchange Commission (SEC), it’s ready to offer an exchange-traded fund (ETF) linked to companies in the sector.

The Goldman Sachs Innovate DeFi and Blockchain Equity ETF will provide investors with exposure to companies “aligned with the themes” of blockchain technology and the “digitalization of finance,” says the bank.

An ETF is an investment product that tracks an asset or group of assets and can be traded like stock on traditional exchanges. While the SEC has a backlog of applications for Bitcoin ETFs—which would give investors access to BTC without having to store and secure the digital asset themselves—the regulator has yet to approve such a fund.

Goldman Sachs’ proposal, being linked to company stocks rather than crypto assets, may stand a better chance of success, even though investors and the SEC alike don’t yet know what’s in it.

Goldman says the fund will be designed to correspond to “the performance of the Solactive Decentralized Finance and Blockchain Index.” However, the German index fund maker doesn’t list such an ETF on its website.

They’re trying to deceive the public into thinking we already have decentralized finance.

Fix the money, fix the world

That said, Solactive’s Blockchain Technology Performance Index features such heavy-hitters as Nokia, Facebook, Google parent company Alphabet, Mastercard, and Paypal. While some of these corporations have crypto aspirations or projects, notable Facebook and Paypal, their exposure to blockchain isn’t necessarily to the degree of, say, Microstrategy or Square. Moreover, their embrace of DeFi—which removes intermediaries such as large financial institutions and companies from processes such as banking, lending, and trading—is suspect.

That hasn’t stopped Goldman from actually investing in the sector. It joined a $28 million funding round for blockchain infrastructure firm Blockdaemon in June. Later that month it revealed plans to open trading for Ethereum options in the coming months.