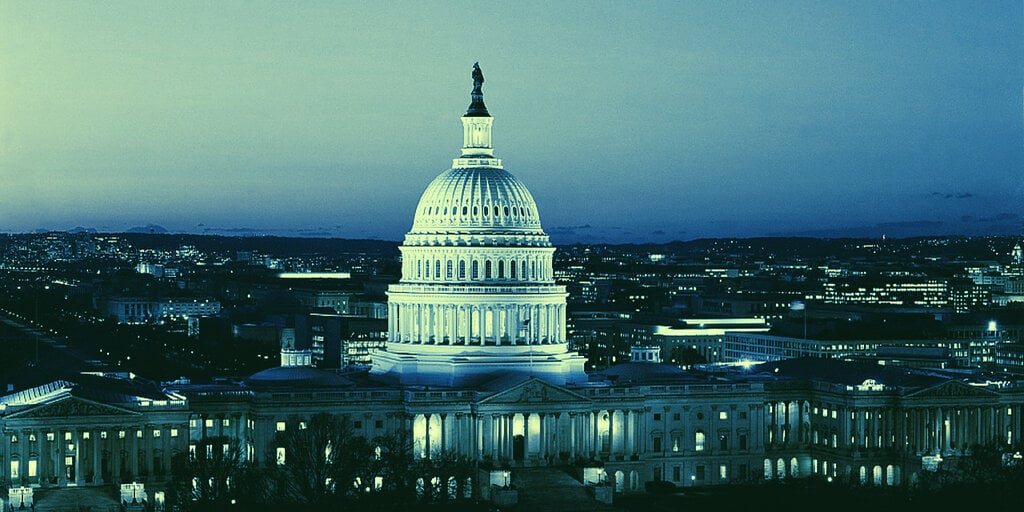 Last September, Minnesota Congressman Tom Emmer, a Republican, introduced the Securities Clarity Act, which was aimed at providing some guardrails for cryptocurrency projects looking to stay on the right side of the Securities and Exchange Commission and other regulators.

As Decrypt wrote at the time, the bill had little chance of passing in the Democrat-controlled House. Indeed, after H.R. 8378 was referred to the House Committee on Financial Services, it was never taken up.

But Rep. Emmer’s bill is back, this time with two Democratic co-sponsors: Darren Soto of Florida and Ro Khanna of California. The presence of two Democrats gives the bill a greater chance of being discussed in committee, and perhaps even making it onto the floor.

The newly introduced bill is identical to the one introduced in 2020, apart from one cosmetic change. Its basic premise builds off the wording of the Securities Act of 1933, which defines investment contracts as when someone pays money into a “common enterprise and is led to expect profits from the efforts of the promoter or a third party.”

The bill argues that those investment contracts should be separate from the assets that underlie them. So, an investment contract can be a security, but not necessarily its accompanying token or coin. “Other major jurisdictions around the world” approach this differently, says Emmer in the bill, while the US approach “has discouraged development of the digital asset sector.”

In other words, the proposed bill sounds very friendly toward future token sales.

The Securities Clarity Act has already garnered endorsements from several blockchain and cryptocurrency lobbying groups and think tanks, including the Chamber of Digital Commerce, the Blockchain Association, and Coin Center.

But most industry watchers agree that existing securities laws around cryptocurrency are unclear. Just yesterday, SEC commissioners Hester Peirce and Elad Roisman called for their agency to move beyond piecemeal enforcement actions: “There is a decided lack of clarity for market participants around the application of the securities laws to digital assets and their trading,” they wrote.

Some in Congress are listening.