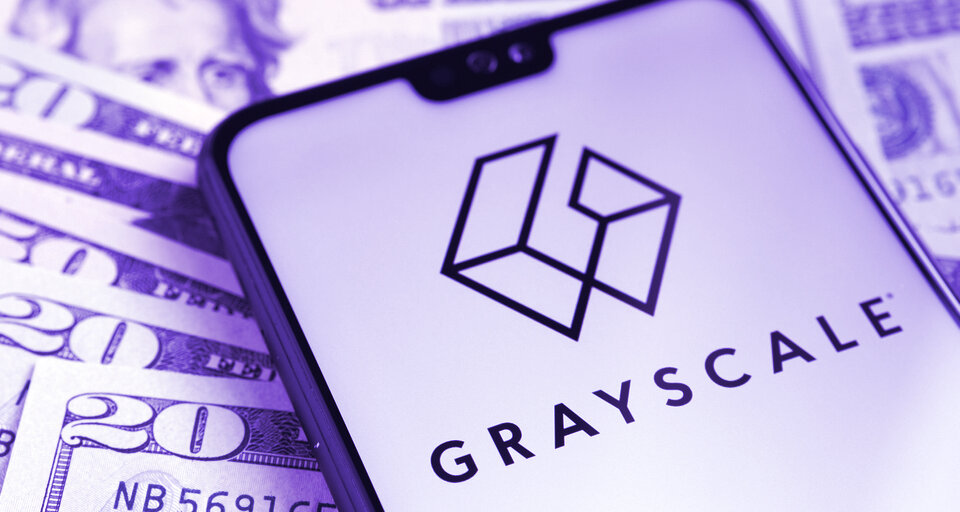 Grayscale filed to make the Large Cap Fund an SEC-reporting company in May, a designation that comes with key implications. One is that it will allows wealthy investors who buy shares in the fund to liquidate those shares on the retail market after a period of six months rather than twelve. And according to Grayscale’s VP of legal Craig Salm, the SEC reporting status can provide a necessary assurance to some conservative investors and firms that otherwise would not touch crypto.

Grayscale is a subsidiary of Barry Silbert’s Digital Currency Group, and is a major player in crypto markets, with tens of billions of assets under management. The company has found a niche by offering Bitcoin and other currencies as shares in a trust that holds the coins—an arrangement that lets people buy and sell them on the stock market. The various Grayscale trusts have proved popular with institutional investors, some of whom are not allowed to buy crypto directly, and also with retail investors who like having crypto exposure in their broader stock portfolio.

Since Grayscale first launched its Bitcoin Investment Trust (GBTC) in 2013, the company has thrived thanks to the 2% annual management fees it charges. In the last year, however, Grayscale’s business model has been tested as the price of shares in its flagship Bitcoin and Ethereum trusts have traded below the underlying price of the cryptocurrencies themselves—creating a so-called negative premium.

This negative premium undercuts Grayscale’s value proposition for some accredited investors—companies and individuals whose wealth makes them eligible to invest in certain classes of risky or exotic investments. In the past, accredited investors bought new shares of Grayscale trusts because it offered them an opportunity to unload them for a profit once the six or twelve month lock-up period has elapsed. Now, there is a risk that they will be sitting on a loss when the lock-up period ends.

Salm downplays the significance of the slumping share price of Grayscale’s Bitcoin and Ethereum products. He argues that, counter-intuitively, some institutional investors are rushing to buy the shares even as they trade below those currencies’ current market value. “Now institutions are buying Grayscale products because they know there will be an ETF, and [the Grayscale shares] are a way get Bitcoin cheap,” he says, explaining that the institutions are buying shares in hopes of cashing in on a new form of arbitrage.

For this arbitrage to occur, the SEC must ultimately approve a Bitcoin or Ethereum ETF (exchange-traded fund). Currently, several companies including Grayscale have filed for such an approval, but the process has been stuck in a limbo that some say could drag on until next year, though there is optimism that newly minted. SEC chair Gary Gensler will eventually open the floodgates.

Salm acknowledges the ETF approval process could take till 2022, though he says it may come sooner, and that Grayscale is ready to convert its existing trust shares into ETF shares as soon as the SEC gives the green light. He added that the company’s decision to obtain SEC reporting status now—and to seek the same status for Litecoin, Ethereum Classic and Bitcoin Cash—will put it in good position for the future crypto ETF era, since Grayscale will have to file forms like 10-K and 10-Qs under that regime anyways.