It’s been an interesting week for some of the boys in the B wealthy club. Richard Branson made his first flight to outer space. Jeff Bezos has stepped down as CEO of Amazon but is reaching for higher heights this week as his company takes him to outer space. Elon Musk is in a courtroom trying to justify why Tesla bought out Solar City. All three billionaires front and centre in the news.

Elon is deploying rockets regularly, sending all kinds of stuff to space. Sir Richard, talks about having daily space flights for people to buy. Jeff Bezos is also planning a space company with regular rides.

What does all that have to do with the stock market? Well, at this point its a massive divergence from the green energy plans we started 2021 with.

The electric vehicle companies were going ballastic with future promises. However, now I can’t find any of these stocks above a 20-day moving average. Each week, over the last month, my clean energy chartlist for subscribers has been getting shorter and shorter finding setups. Week after week, the setups are failing. Last week, it looked like the industrial metals might be ready for their next rotation. Lithium went on a one week run, so did a few copper stocks. Below are just a few to show how damaged the charts are. These ones are well below the 200-day moving average.

Here is RIDE or Lordstown Motors. 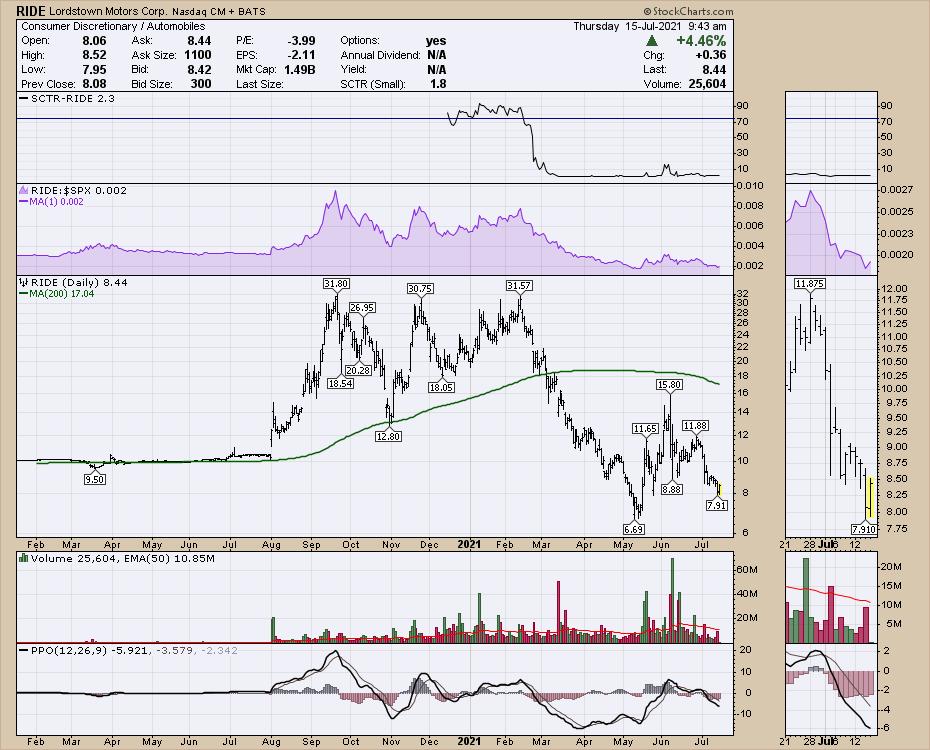 Another one is Workhorse. WKHS. 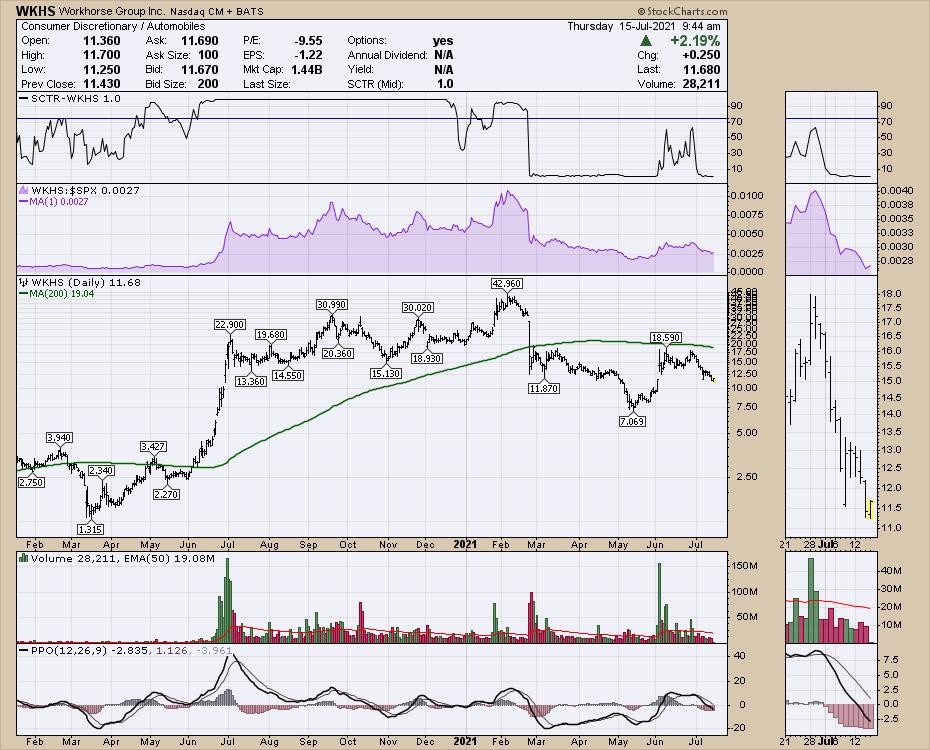 Another one is SOLO. A single passenger electric car. 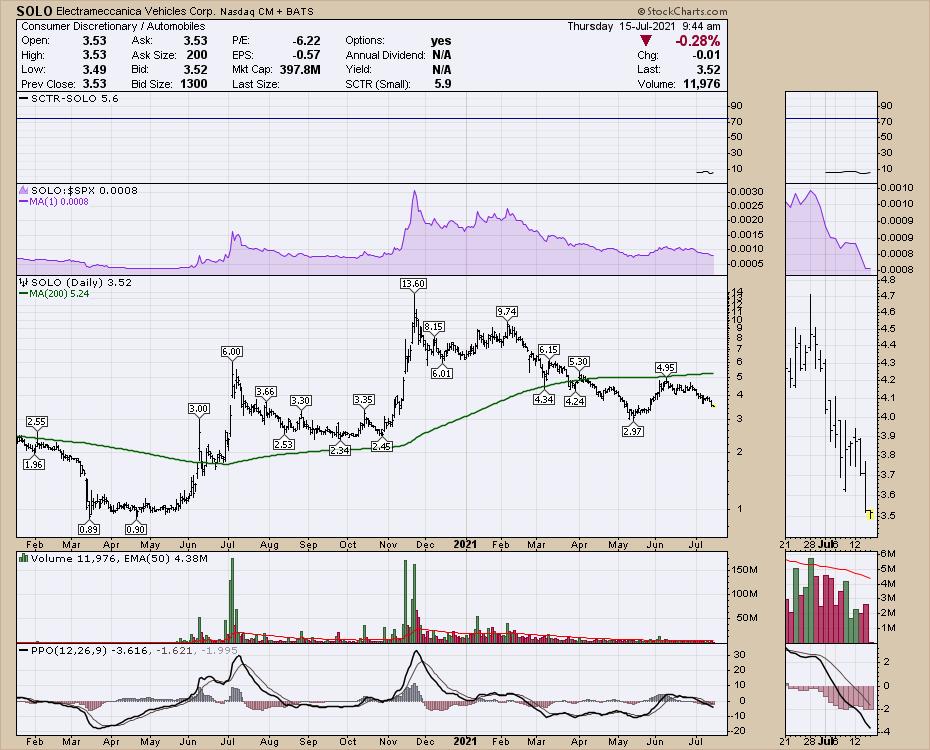 These stocks are waning. When we look at SPCE, the Virgin Galactic company, It looks like it has double topped, but is still in an uptrend. 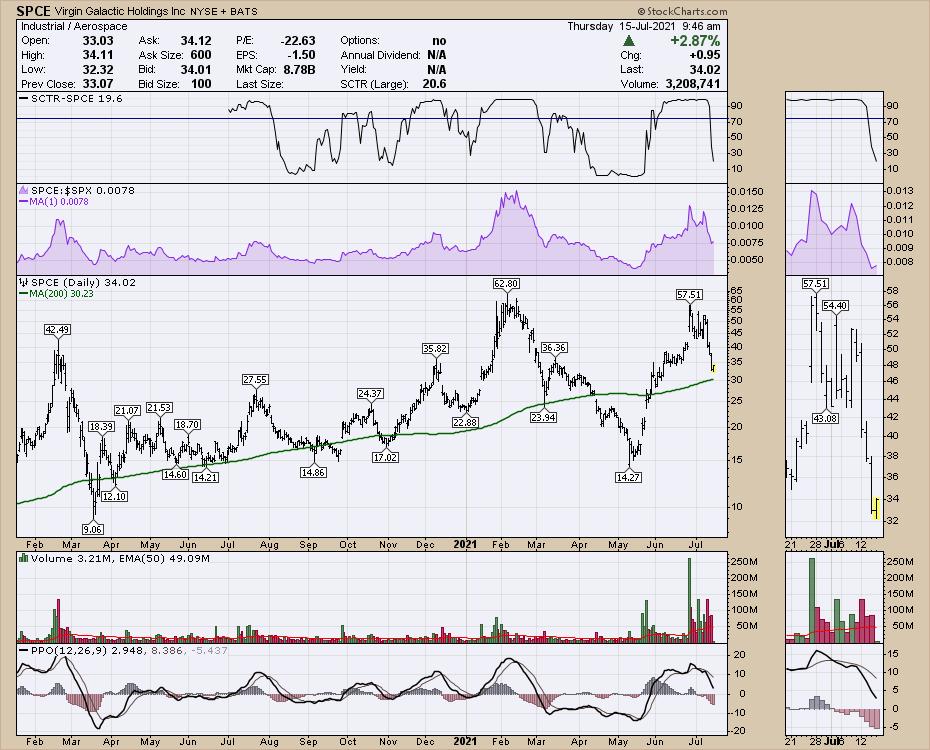 TSLA is more interesting to me now than it was at the beginning of the year. Shareholders continue to try and support it at the 200 DMA. 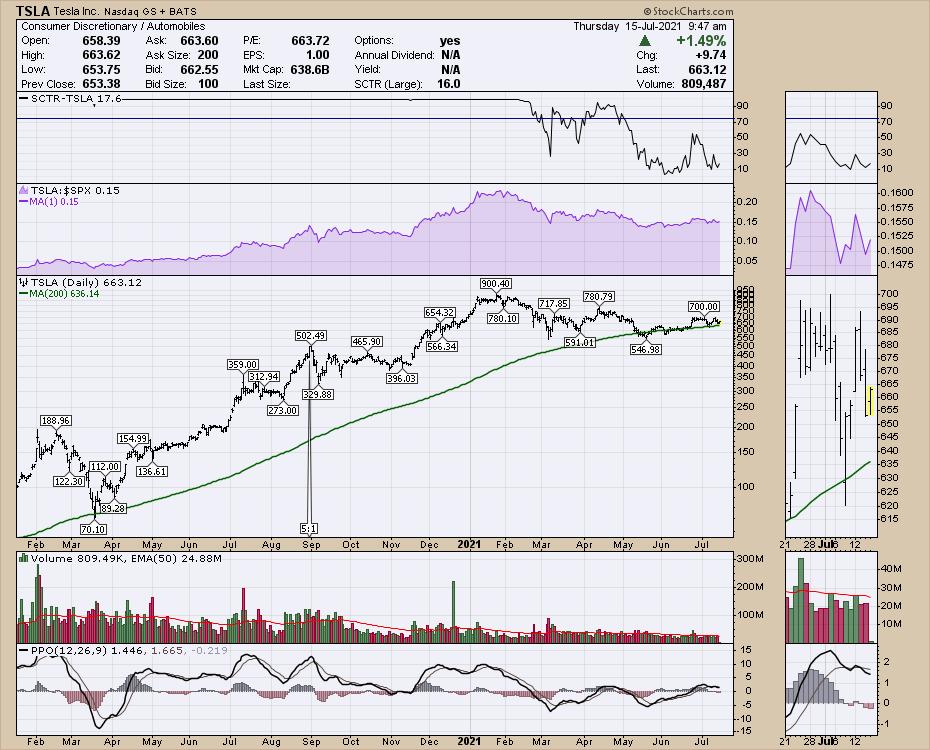 All in all, it’s an electric mess. The EV companies are having trouble finding buyers of future dreams. Tesla has some buy and holders, but most of them are going through a typical industry hype and dump.

Back to the space boys. None of these three have any intention of using electricity to power these endeavours. Yet somehow, it’s ok for the billionaires to invent companies with massive fuel usage/trip, showing no remorse for the environment. These billionaires are spending more money on fuel usage for new companies than anyone else on the planet.

The question the shareholders of SPCE will have to reckon with is do we really need to fly to the edge of space blowing off massive amounts of fuel? In my head I can’t get any sense of balance for telling the common person to turn off air conditioners while these guys burn a lifetime of fuel in a takeoff. Nobody said the world has to make sense.

About the author:
Greg Schnell, CMT, is a Senior Technical Analyst at StockCharts.com specializing in intermarket and commodities analysis. He is also the co-author of Stock Charts For Dummies (Wiley, 2018). Based in Calgary, Greg is a board member of the Canadian Society of Technical Analysts (CSTA) and the chairman of the CSTA Calgary chapter. He is an active member of both the CMT Association and the International Federation of Technical Analysts (IFTA).

Subscribe to The Canadian Technician to be notified whenever a new post is added to this blog!