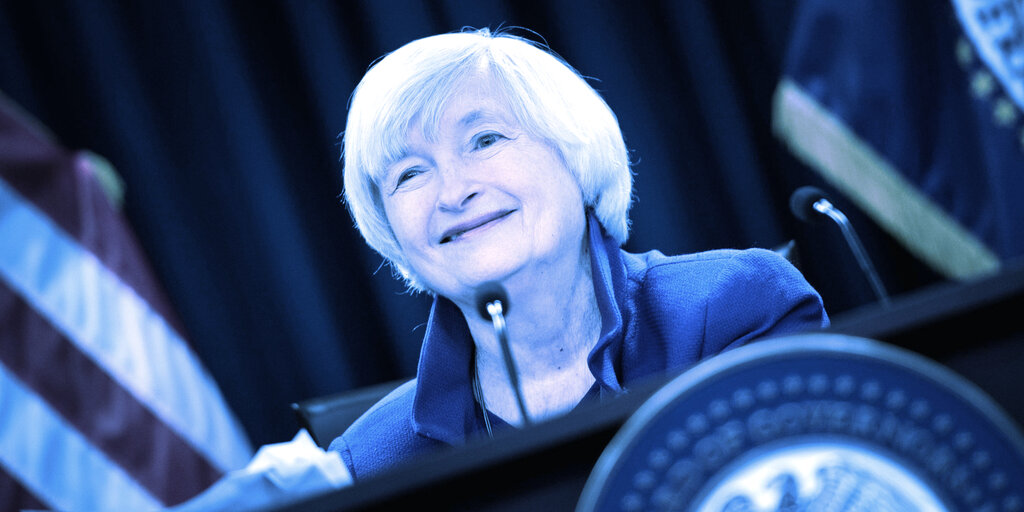 U.S. Treasury Secretary Janet Yellen met with the heads of multiple federal agencies on Monday to discuss how to regulate stablecoins, a type of digital currency whose value is pegged to another currency.

According to a short readout of the meeting, Secretary Yellen “underscored the need to act quickly to ensure there is an appropriate U.S. regulatory framework in place” for stablecoins.

The top three U.S. dollar-pegged stablecoins—Tether, USDC, and Binance USD—have a collective market capitalization of over $100 billion, per data from CoinGecko. And their rising prominence has left U.S. regulators concerned.

Powell last week testified before Congress that stablecoins should be regulated, pointing to the fact that Tether is mostly backed by debts known as “commercial paper.” Most of the time they’re very liquid, but during financial crises, he said, “the market just disappears. And that’s when people will want their money.”

As such, Powell thinks stablecoins—which currently lack a clear regulatory framework—should be regulated in similar ways to bank deposits and money market funds.

Gensler and his CFTC counterpart, Acting Chair Rostin Behnam, have had less to say about stablecoins, for perhaps obvious reasons.

Securities refer to investment contracts that carry with them an implicit or explicit promise of future profit. Stablecoins, by contrast, aren’t designed to increase in value. Commodities, the purview of the CFTC, are tradable goods such as gold and oil. Stablecoins don’t fit that rubric either.

Yet their use in the wider cryptocurrency market—as a way to buy other digital assets without touching fiat or to park funds during crypto market volatility—have ramifications for the larger financial sector.

Which is precisely what the PWG touched on today, per the readout: “Participants discussed the rapid growth of stablecoins, potential uses of stablecoins as a means of payment, and potential risks to end-users, the financial system, and national security.”

The group aims to issue its recommendations for stablecoins “in the coming months.”