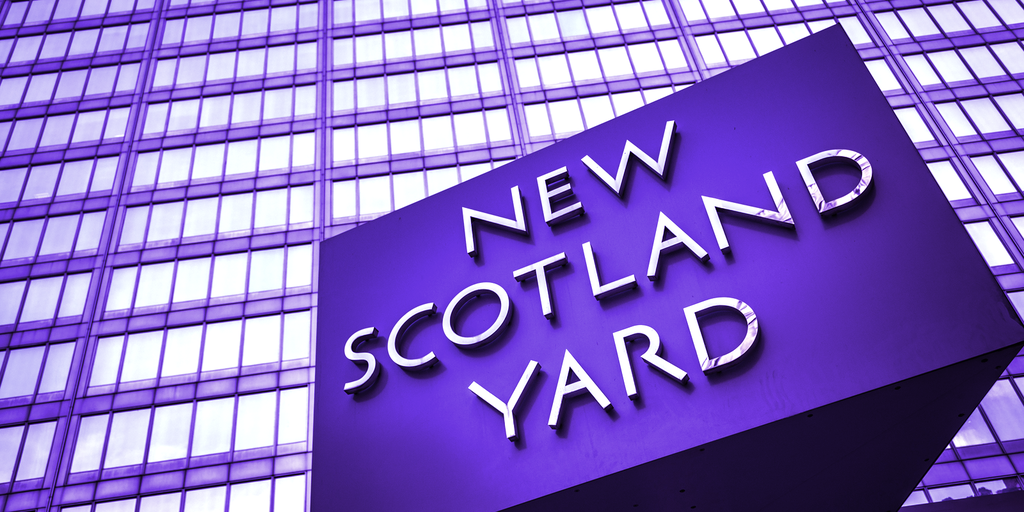 In what is believed to be one of the largest law enforcement investigations globally, the London Metropolitan Police, called the “Met,” has seized nearly £180 million ($249.7 million) worth of cryptocurrencies.

This is the second significant seizure in recent weeks after the Met confiscated £114 million ($158 million) worth of crypto late last month.

The amount of the seized crypto over the two hauls totals £294 million (nearly $408 million).

As per the Met’s statement published on Tuesday, the seizures were carried out by the Met’s Economic Crime Command and form part of an ongoing investigation into international money laundering.

Commenting on the matter, Detective Constable Joe Ryan described the investigation as “complex and wide-ranging,” adding that it “will continue for months to come as we hone in on those at the center of this suspected money laundering operation.”

A 39-year-old woman allegedly involved in the money laundering network was arrested on June 24 and interviewed about the recent seizures.

While the Met has once again emphasized that “cash still remains king in the criminal world,” the task force also said that “as digital platforms develop we’re increasingly seeing organized criminals using cryptocurrency to launder their dirty money.”

According to Deputy Assistant Commissioner Graham McNulty, just years ago crypto was a “fairly unchartered territory,” however, currently the law enforcement has “highly trained officers and specialist units working hard in this space to remain one step ahead of those using it for illicit gain.”

In its annual National Strategic Assessment of Serious Organized Crime, which was published this May, the UK’s National Crime Agency (NCA) said it was worried by the increasing adoption of cryptocurrencies and technological advances in this field, which make it easier to launder criminal money.

“Those linked to this money are clearly working hard to hide it,” said McNulty, adding that the law enforcement “will stop at nothing to disrupt the transfer and identify those involved.”