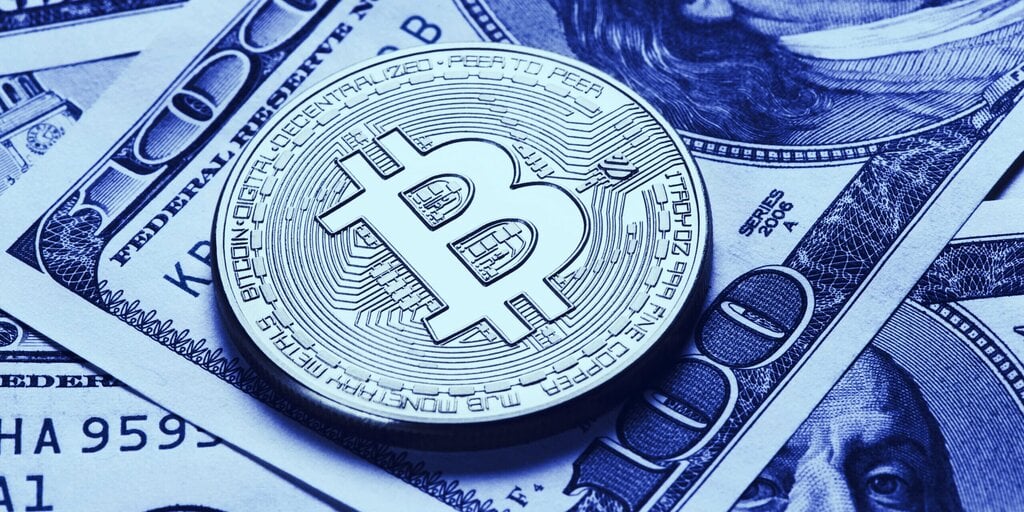 Just a few months ago, Bitcoin was on an unprecedented tear. The price had reached a record, prompting more new buyers to pile in, and the demand led to high trading volumes.

Not only has trading volume since plummeted, but most of the coins that are being traded right now are being sold by investors who bought the top—or very close to it— according to a new report from analytics provider Glassnode that paints a bearish short-term picture for Bitcoin’s price.

“The Bitcoin network is currently settling $5.3B/day compared to the $15.5B in daily volume settled at the 2021 peak,” the report notes, before continuing: “Of the transaction volume that is being settled, a dominant majority appear to be coins realising losses.”

To put it more clearly, people bought their BTC for more than they’re selling it for. It’s not hard to see why. The price has fallen more than 50% from its all-time high of $63,562; it’s threatening to drop below $30,000 for the first time this year, per data from Nomics.

Not everyone is content to cash out before it falls to the next major support Glassnode identified, which is at around $26,500. The analytics firm finds that 33% of the Bitcoin in active circulation “is currently holding an unrealized loss.” That means that one-third was bought for a price above the low $30,000’s. Since Bitcoin’s price never reached such heights until January of this year, we’re talking about short-term holders.

Long-term holders, unsurprisingly, are doing fine, even if they bought a few coins closer to BTC’s peak. According to Glassnode, they’re in control of 75% of the circulating supply, 92% of which are in profit. And it projects the former number to go up to 80% of supply in September, if current trends continue.

The lack of liquidity could send the price upward once more. “The bullish squeeze that started past bull markets has historically been triggered by [long-term holders] holding 65% (2x 2013), 75% (2017), and 80% (2020) of the circulating supply,” Glassnode says.

As supply constricts, prices rise. But, cautions the firm, the coins being held at a loss “may well form overhead resistance and sell-pressure.”

The upshot is that traders shouldn’t expect Bitcoin’s price to bounce back in, say, August. Those who hold for the long term, however, might just make it through without selling for a loss.