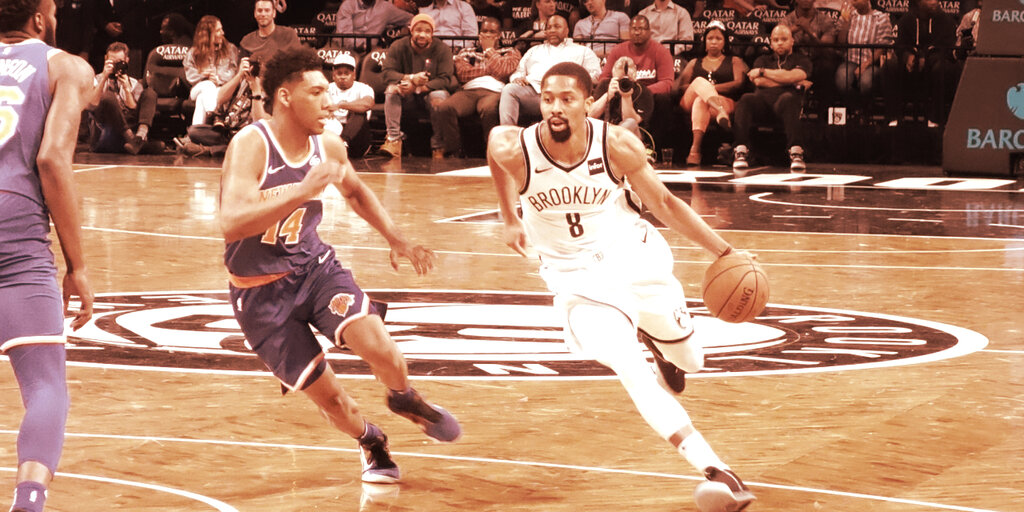 Spencer Dinwiddie first made waves in the crypto world in 2019 when he announced plans to sell tokenized shares of his $34 million NBA contract. The offering was twice delayed after the NBA objected to the venture based on its rules against transferring compensation, and when the token sale finally happened in 2020, Dinwiddie raised just $1.35 million.

After all, the NBA has now clearly embraced crypto through its support of NBA Top Shot, the wildly successful NFT collectibles built on Dapper Labs’ Flow blockchain.

Calaxy, which is built on Hedera Hashgraph, will launch social tokens for influencers who sign on, and offer bonus goodies to their fans like video messages. It arrives amid an obvious broader moment in the influencer space.

“Look at Twitter having Tips, look at Instagram trying to have shopping functions, and look at other ways for creators to monetize,” Dinwiddie says. “Look at all the bespoke apps that have come out recently with billion- or multi-billion-dollar valuations. Patreon, OnlyFans, Cameo. You know, all the tipping points are there.”

As yet another example, Dinwiddie cites creator coin platform Rally, which has a diluted market cap of $8 billion without even having “influencers of actual status.”

How Calaxy will lure influencers

Dinwiddie’s pitch to influencers is that on Calaxy, they will get out of it what they put in—rather than sign a one-time deal to hawk a product for a flat fee, engaging with their fans on Calaxy will create more long-term value.

“As these decentralized systems and power comes back to the individual, this is the perfect time to have an app like ours,” he says. “We’re merely a toolkit that’s aimed to be the standard for personal monetization, do with it what you please.”

“As these decentralized systems and power comes back to the individual, this is the perfect time to have an app like ours.”

He also sees a potential pool to tap in college athletes, who are now able to sign business deals to profit off their name, image, and likeness (NIL) as of July 1, a sea change for NCAA rules.

What the NBA, NFL will do with crypto

Looking back on his efforts to tokenize his NBA contract, Dinwiddie thinks that it was “too early” for the league. “I think what knocked down the ability to raise was all the skepticism around, ‘Well, the NBA said no, then they were mad at him, then they finally said yes, is this a real yes, or is this like a kinda, we’re just not going to fight it?’ And that’s where you found the skepticism from investors—and rightfully so.” Nobody, he points out, wants to go to war with the NBA.

Even though the NBA dragged its heels when he wanted to tokenize his contract, Dinwiddie, who is now an ambassador for Dapper Labs, sees the league as the first-mover in most tech endeavors, and predicts the NFL will soon follow. While a slew of NFL players have sold their own NFTs, there has still been no crypto play by the NFL at the league level; Major League Baseball, meanwhile, signed a surprising sponsorship with crypto exchange FTX that will put FTX patches on every umpire’s uniform.

“With how big the leagues are, you have to kind of zoom out just from crypto and look at how they approach technology in general,” Dinwiddie says. “They’re not going to look at the crypto space and be like, ‘We need this.’ They’re gonna say maybe it’s a value add, maybe it’s not…”

With NFL athletes now creating NFTs, he reasons, “you’ll see the NFL make more of a push, because no league wants to be in a situation where they feel like the players are going to run off and front-run something that they can’t have control over. So the NFL is going to get into the game, it’s inevitable. And you’ll see something similar to NBA Top Shot. I hope it’s with Dapper Labs, because those are my people.”