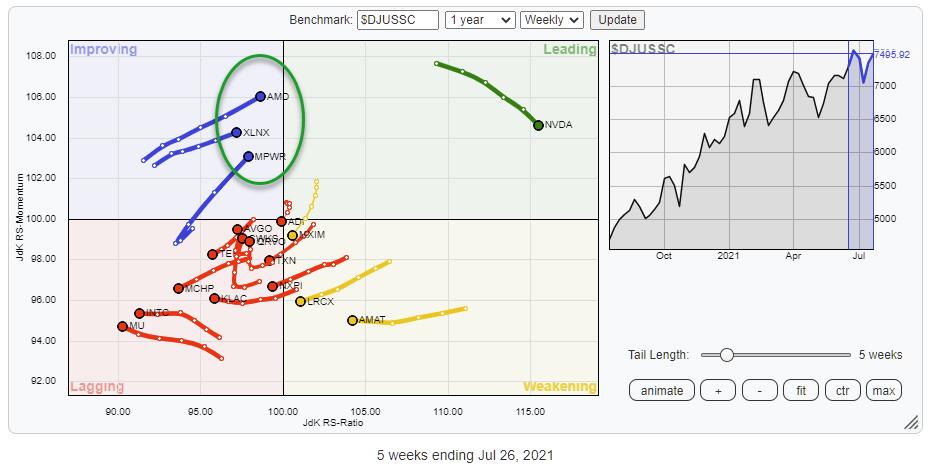 The Relative Rotation Graph above shows the rotation for the members of the Semiconductor group against the DJ US Semiconductor index. Clearly, NVDA is the main component of this group, and it has been leading the group higher recently. Over the last few weeks, however, NVDA has started to lose some relative momentum and is slowly bending lower while inside the leading quadrant. This means that the relative uptrend vs. $DJUSSC is still intact but losing power, at least for the time being.

Inside the improving quadrant, three tails are heading in the right direction and they may become the new leaders in this group. A further inspection of the price charts shows that AMD and MPWR are breaking to new highs while XLNX is not there yet. That makes AMD and MPWR potentially interesting charts. 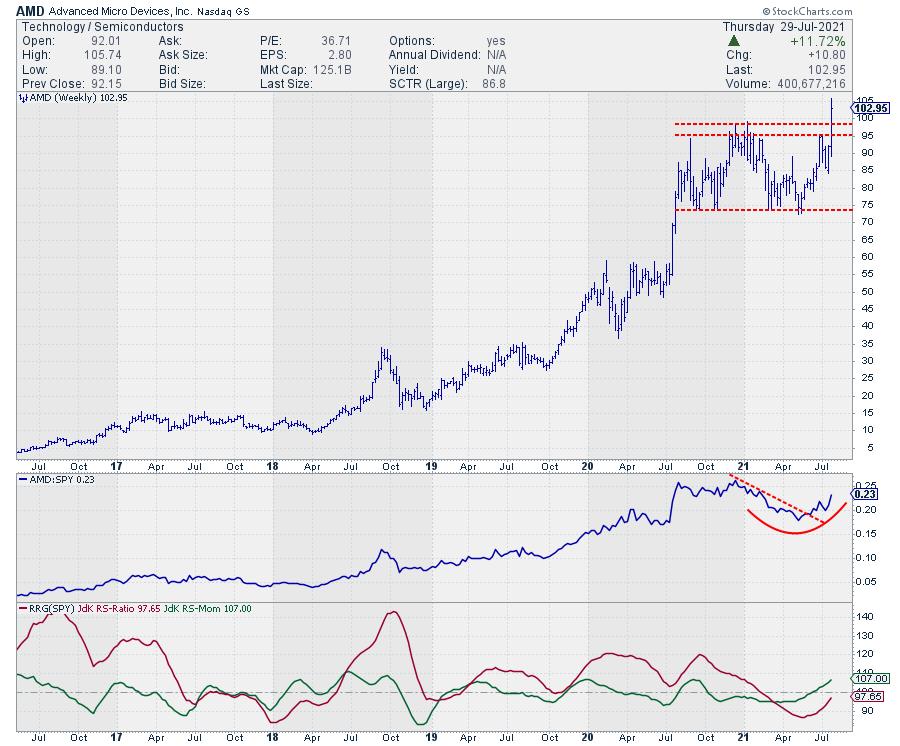 AMD is showing a strong upward break from a sideways pattern that was roughly $20 high. Following the break, we can expect a rally of this magnitude on top of the breakout level. So, targeting $115.

The turnaround is visible in the RS-Line and it is being picked up by the RRG-Lines, pushing the tail of AMD through the improving quadrant and towards leading. 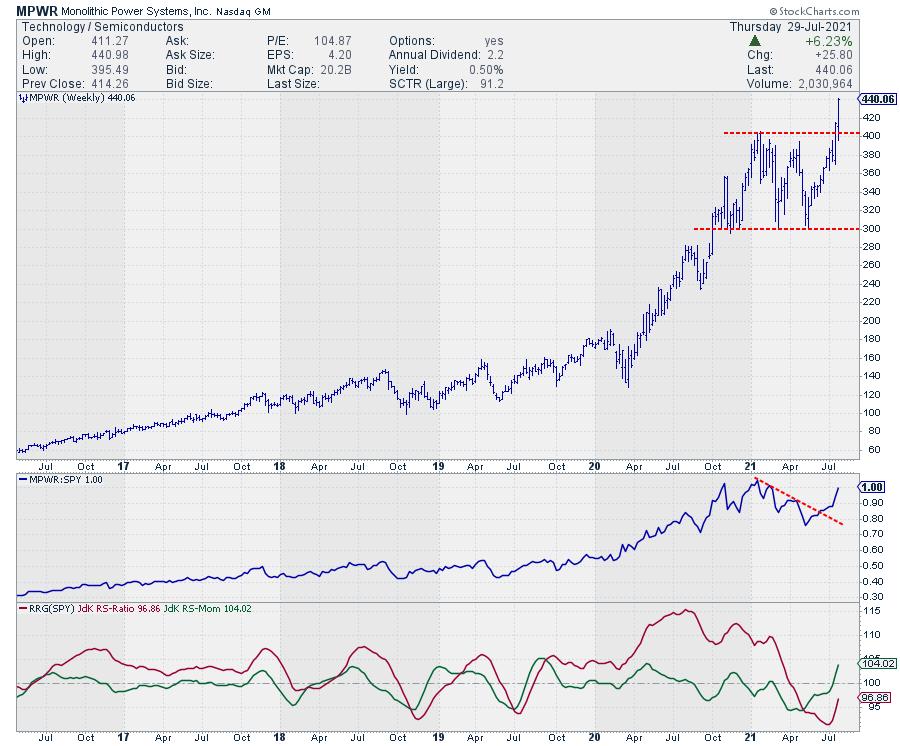 MPWR is showing a chart very similar to AMD. In this case, the height of the range is $100, which creates a target of around $500 for MPWR. The relative position is similar. Based on both price targets, MPWR has roughly 13.5% upside potential left vs 11.5% for AMD.

We have to see whether these targets can be met in the current market conditions, but the odds look very much in favor for AMD and MPWR to take over the leading role within the semiconductor group for the time being.

My regular blog is the RRG Charts blog. If you would like to receive a notification when a new article is published there, “Subscribe” with your email address.

Subscribe to Don’t Ignore This Chart! to be notified whenever a new post is added to this blog!