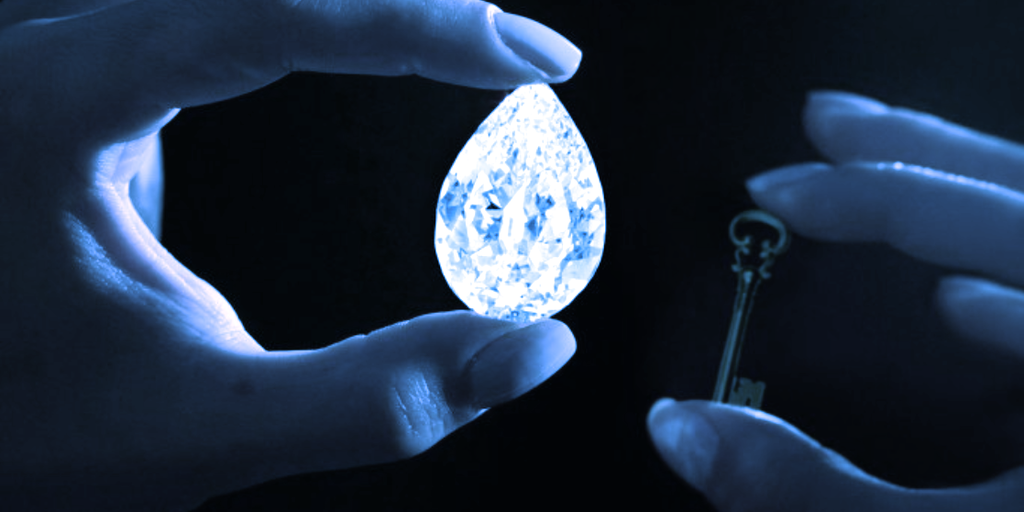 Auction house Sotheby’s sold a rare pear-shaped diamond for $12 million in cryptocurrency yesterday. That makes it the most expensive jewel ever auctioned for crypto.

For the unidentified Hong Kong buyer, the 101.38-carat diamond, which was the second pear-shaped diamond ever to go on auction, was a veritable bargain; Sotheby’s had estimated the diamond, called “The Key 10138,” would sell for up to $15 million.

“This is in history, 1 of only 2 flawless pear-shaped diamonds ever offered in the market.”

Don’t let your significant other see this 101-carat gem that Sotheby’s is auctioning for cryptocurrency pic.twitter.com/iJdb35TxL5

The auction house accepted bids for the diamond, which was cut into shape by gem company Diacore, in fiat or cryptocurrency—Bitcoin or Ethereum, to be paid via Coinbase Commerce. It was unclear which crypto was used to buy the gem.

Sotheby’s began accepting cryptocurrency when it entered the NFT market in March through a partnership with the Winklevoss-owned crypto art marketplace Nifty Gateway. It auctioned a piece of art by Turkish 3D artist Murat Pak for $17 million on April 16.

Berners-Lee’s NFT was later found to contain an error, which one would-be buyer suggested could increase its value. However, Sotheby’s confidently declared this diamond “flawless.”