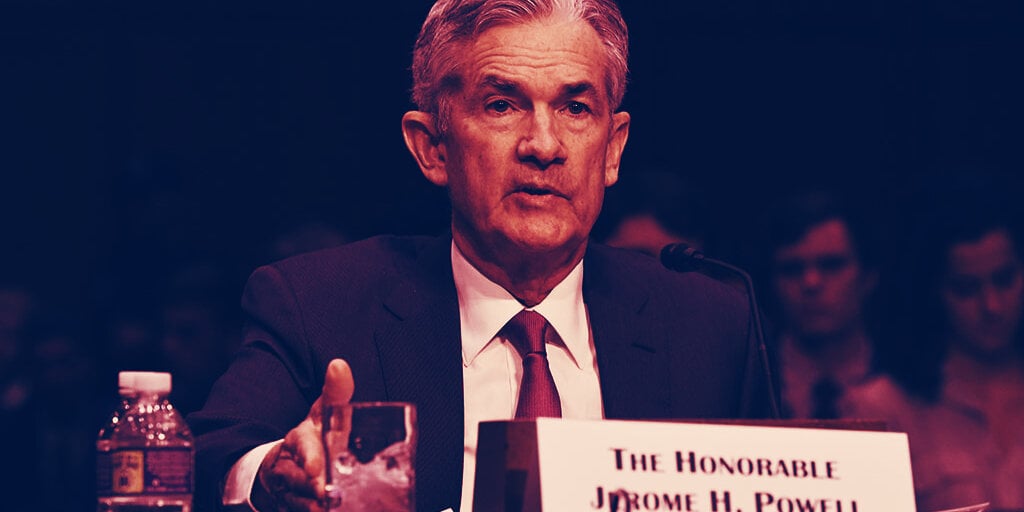 Testifying today before the House of Representatives, Fed chairman Jerome Powell said stablecoins should be subject to stricter regulation, and treated like bank deposits or money market funds.

A stablecoin is a kind of cryptocurrency that’s pegged to the price of a physical currency, typically the US dollar. The idea is that the peg keeps the price of the coin “stable,” granting traders some of the flexibility and transparency of crypto without the volatility.

Rep. Anthony Gonzalez (R-OH) asked Powell specifically about Tether—now the most valuable stablecoin, and the one that’s faced the most scrutiny over the business practices of its backing company. While Tether once claimed that each of its coins was backed by a real dollar, sitting in a bank somewhere, it’s since disclosed that much of its backing comes from commercial paper, or debts.

“Commercial paper are short-term overnight obligations from companies, and most of the time they’re investment grade, most of the time they’re very liquid, it’s all good,” said Powell. But during recent financial crises, he added, “the market just disappears. And that’s when people will want their money. It’s very simple: these are economic activities very similar to bank deposits and money market funds, and they need to be regulated in comparable ways.”

Powell was before the House Financial Services Committee to deliver his semi-annual report on monetary policy, which involved both a prepared statement and a series of responses to questions from lawmakers.

“We have a tradition in this country where the public’s money is held in what is supposed to be a very safe asset,” he said, before explaining that the regulatory framework for deposits and money market funds “doesn’t exist, really, for stablecoins.”

Said Powell: “If they are going to be a significant part of the payments universe, which we don’t think crypto assets will be, but stablecoins might be, then we need an appropriate regulatory framework, which frankly we don’t have.”

A years-long legal battle between Tether and the New York State Attorney General’s Office recently ended in a settlement; Tether and its backing company, Bitfinex, were fined $18.5 million.

During today’s hearing, Powell also commented on the potential development of a CBDC, or central bank digital currency—something about which the Fed has long equivocated. Responding to a question from Rep. Stephen Lynch (D-MA), Powell suggested that the development of a state-controlled “digital dollar” system may obviate the need for private cryptocurrencies like Bitcoin.