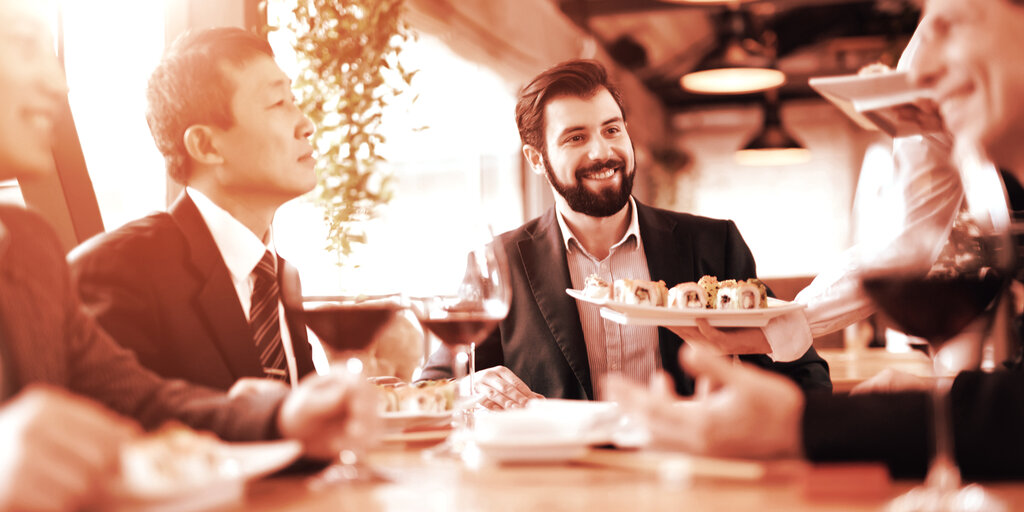 Long before Binance’s “compliance is a journey” epiphany, beleaguered crypto developers often mumbled apologetically that “decentralization is a spectrum.” The implication was that decentralized finance executives would love to render themselves and their institutional backers obsolete, eventually, but not until their protocol became stable and secure.

Now SushiSwap, one of the largest and most decentralized DeFi protocols, has suggested dialing back its decentralization spectrometer. On July 8, the protocol’s de facto leader 0xMaki proposed making it cheaper for venture capitalists to guide the direction of the protocol.

Detractors worry that would be a startling regression for an industry that strives toward—or at least claims to strive toward—financial egalitarianism. As one trader, 0xChimp, wrote in a SushiSwap forum: “Smooth talking tradfi suits trying to schmooze themselves into buying your bags at a discount only to dump on you in 6 months. Thanks but no thanks.”

So how does the proposal cede power to VCs? Outside of crypto, venture capitalists invest in early-stage startups and then advise the projects. To do the same in crypto, VCs have to buy up so-called governance tokens, like SUSHI, and use them to vote on proposals on how to best govern the network.

0xMaki’s proposal allows VCs to buy some of that influence at a lower price than everyone else. The pseudonymous developer’s original proposal suggests selling about a quarter of the governance tokens in its treasury at a 20-30% discount.

So far 21 investors, including Polychain, Dragonfly Capital and Hashed, are on board for the $60 million sale. If the original proposal passes, they could buy the token for a discount if they promise to lock up their tokens for 18 months.

But the original draft is likely to pass. The community has mulled over the proposal for the past week, and, unsurprisingly, it is proving controversial.

On the one hand, FTX CEO Sam Bankman Fried tweeted, “some VCs are really connected and influential and knowledgeable and smart,” and “will fucking fight for you.”

Adam Cochran, a venture capitalist, told Decrypt that it would “would actually improve the diversity of active, large voters in Sushi’s governance. Because investing in protocols is their full-time job and livelihood, many VCs stay very well informed about governance issues in their portfolio companies.”

VC money could also add much-needed liquidity to the exchange, which has fallen from its apex of about $5.6 billion in mid-May to $2.5 billion today. Lots of liquidity makes the protocol look popular, attracting more money, and could help facilitate trades on its decentralized exchange. The funds raised by SushiSwap could go toward hiring top talent improving the protocol, said Cochran.

Yet even these scions of high finance aren’t wholly in favor of the proposal, and the “crypto native” types who reject the legacy banking world are vehemently against it.

It’s a hassle, and some VCs are useless, and it costs discounts.

The main and most obvious argument they make is that many VCs are terrible and that selling them cheap influence—during a market lull and when SushiSwap isn’t short of cash—needlessly makes the protocol less democratic.

biggest issue that’s being highlighted in the sushi call is that community members don’t know which vc’s are value add or not. so much goes on behind closed doors in this industry & public doesn’t get insight – cannot evaluate who are good partners or not which causes hesitation.

Holders who don’t want to let the VCs run the show have pushed back against the proposal. About 120 voters in polls held by 0xMaki would prefer that VCs lock up their SUSHI tokens for four years and receive discounts of just 15%.

The proposal is still in its early stages and an official vote has not yet been tabled—and may never be. 0xMaki said that “all of the numbers need to be taken with a grain of salt,” and because of the reaction, the total amount of SUSHI up for sale would decrease to about $15-20 million.

Discount or no discount, so long as there are tokens on the open market, there’s nothing to stop venture capitalists from buying up control over their favorite DeFi protocol.