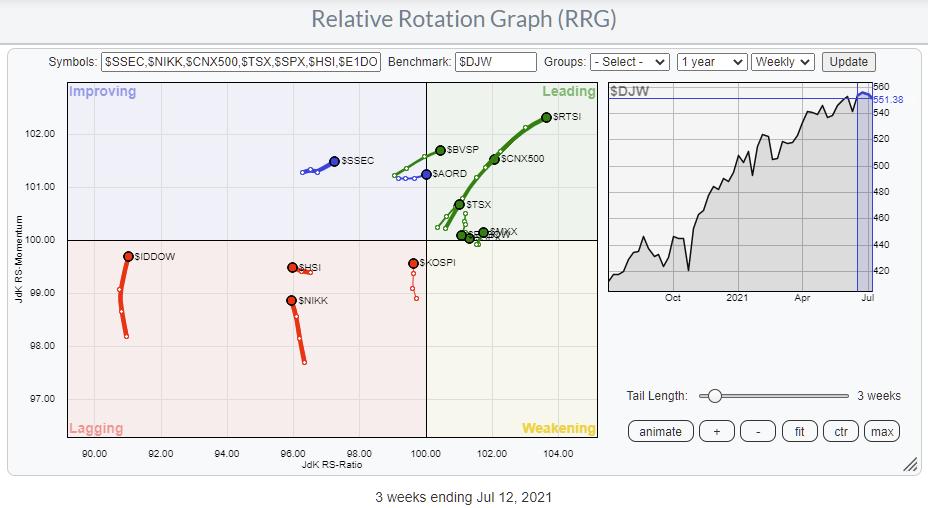 The Relative Rotation Graph above shows the rotation for major stock market indexes against the Dow Jones Global Index.

First of all, this is a so-called “open universe” which means that not all constituents of the benchmark are plotted on the graph. As a result, the universe is not necessarily more or less evenly spread out over the canvas as it usually is with a closed universe.

The more interesting rotations in this universe are found inside the leading quadrant. 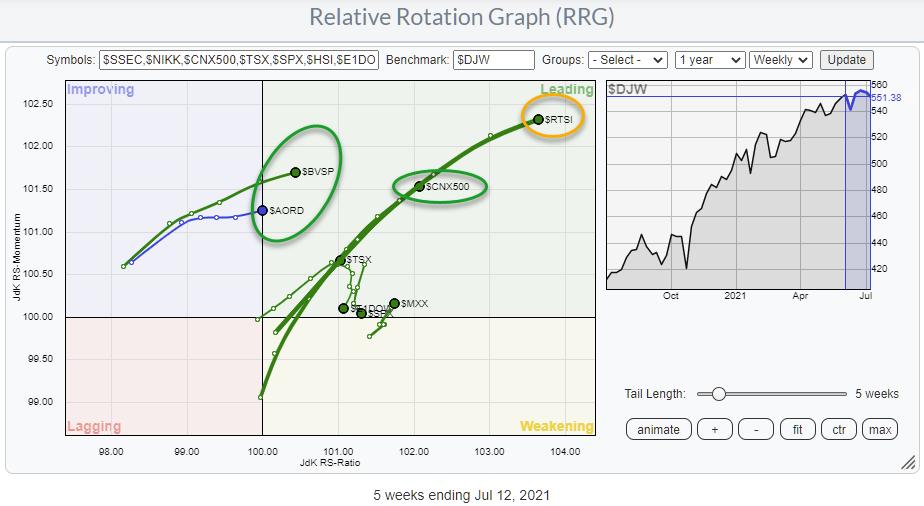 The tail furthest into the leading quadrant is for $RTSI (Russia Trading System Index). On the same trajectory, but not as far in, is the Indian $CNX500, while even lower on that trajectory we find the Canadian $TSX. Brazil ($BVSP) and Australia ($AORD) are entering the leading quadrant this week at good momentum values. 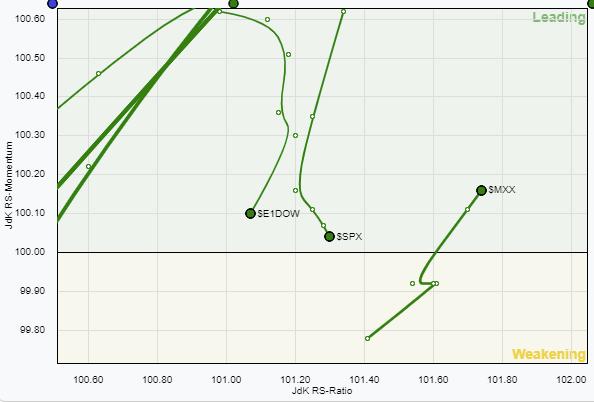 In the cluster close to 100 on the JdK RS-Momentum line inside the orange oval, we have the US ($SPX), Europe ($E1DOW) and Mexico ($MXX). The small RRG magnifies this area. Mexico just returned to the leading quadrant after a rotation through weakening, but both $SPX and $E1DOW are heading South. The $SPX picked up a bit of relative strength last week while $E1DOW continued to lose on both scales. 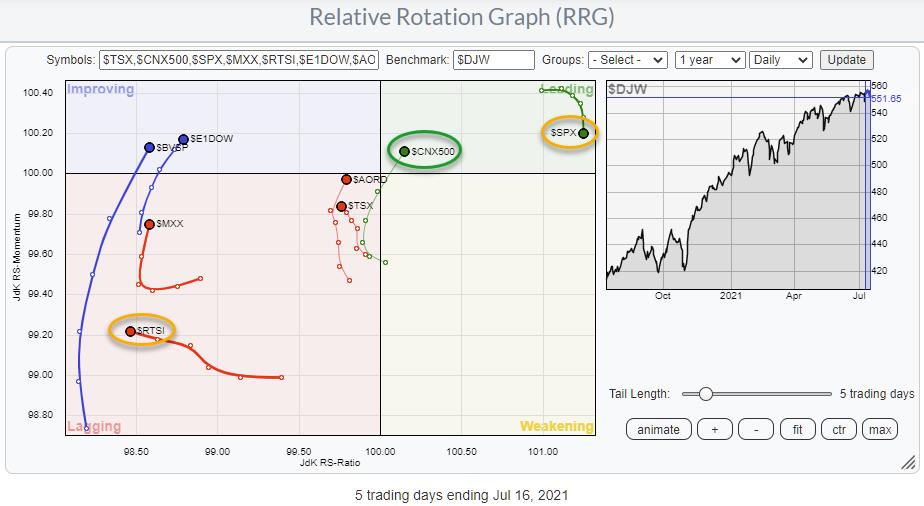 The position of the $RTSI tail inside lagging and pushing lower on the JdK RS-Ratio scale suggests that the weekly tail is about to roll over. That is to say, the period of relative outperformance for Russia is coming to an end.

On the daily RRG above, the $SPX is rolling over inside the leading quadrant and getting back to the same RRG-Heading as the weekly tail for $SPX. This suggests that more underperformance vs. the world in underway in coming weeks.

Europe and Brazil are moving into the improving quadrant on the daily RRG. The long daily tail for Brazil supports a further push into the leading quadrant on the weekly RRG. The weekly tail for Europe moving opposite to the daily makes it difficult to get a clear handle. However, the shorter tail for Europe on the daily RRG and the weekly tail at a negative RRG-Heading tips the balance more to weakness/underperformance, IMHO. 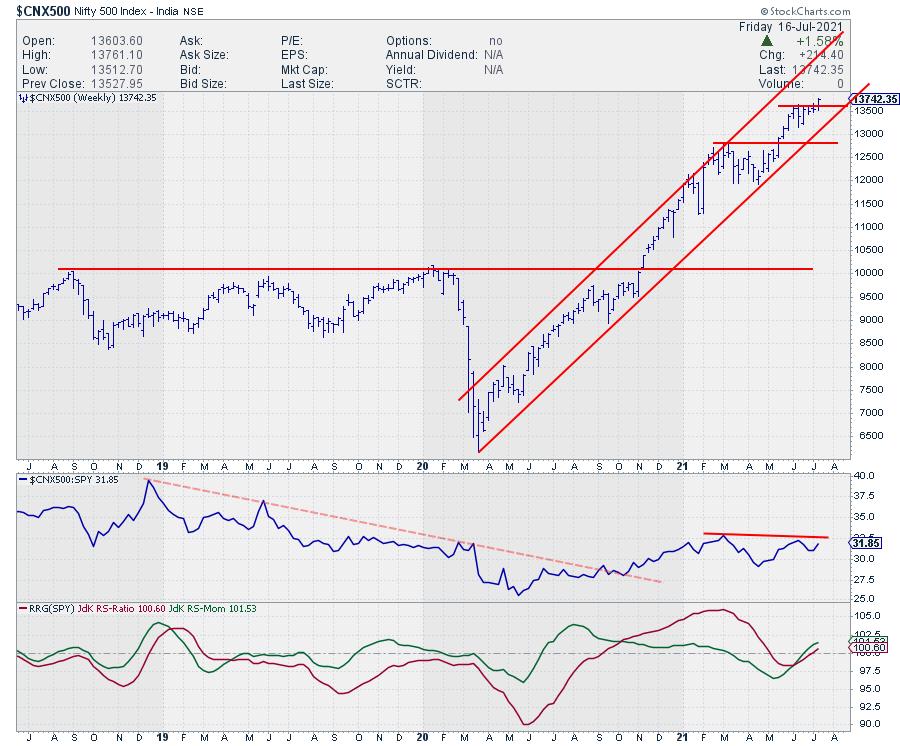 This week’s upward break on the weekly price chart will very likely cause an acceleration in the ongoing uptrend. With the bigger components of the global index (Europe and US) under pressure, India seems to be a very reasonable alternative for some alternative equity exposure.

Some of the ETFs that you could use and which are available to chart on StockCharts.com are FLIN, PIN, and INDA.

#StaySafe and have a great weekend, –Julius

My regular blog is the RRG Charts blog. If you would like to receive a notification when a new article is published there, “Subscribe” with your email address.