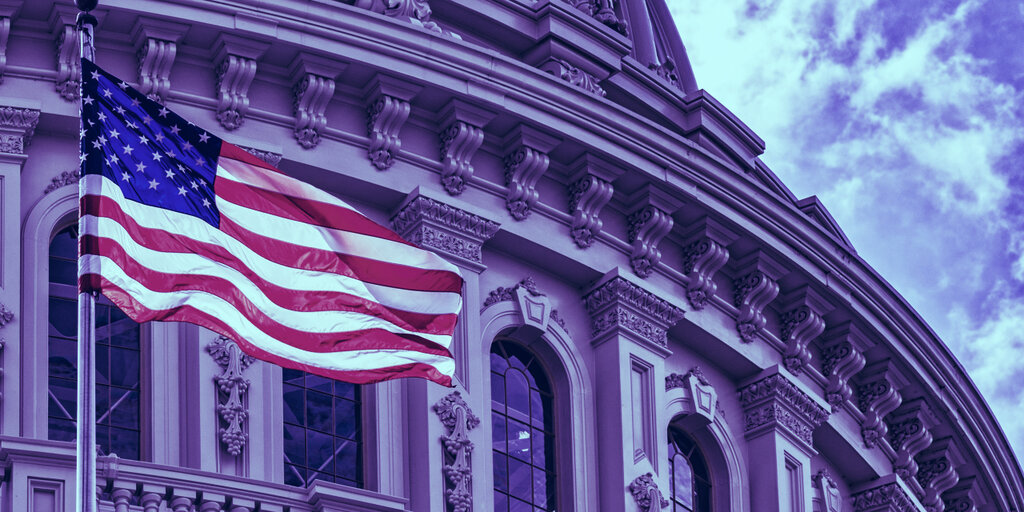 Cryptocurrency has been the talk of Washington in recent weeks.

Rep. Ted Budd (R-NC), a member of the House Financial Services Committee and the Congressional Blockchain Caucus, thinks it’s getting overheated for House legislators as well.

“There are some on the Senate side and some on the House side which fear, especially when it comes to currency, the blockchain, decentralized finance and how it’s going to evolve… will it hurt our national sovereignty, will it destabilize the dollar, is it a threat to national security?”  he said yesterday on the Maker Speaker Series, sponsored by Ethereum-based lending protocol MakerDAO. “You even have some in the House that sit not too far from me on the House Financial Services Committee that would call blockchain basically a financial 9/11.”

Though Rep. Budd didn’t name names, several members of the committee, including Chairwoman Maxine Waters (D-CA) and Rep. Rashida Tlaib (D-MA), have positioned themselves as crypto-skeptical. Chairwoman Waters has called for the Office of the Comptroller of the Currency to repeal rules allowing federal banking charters to crypto asset custodians. Rep. Tlaib introduced the STABLE Act, which would require stablecoin issuers such as Circle to get banking charters while also maintaining adequate reserves in line with FDIC standards.

A hearing of the committee’s Oversight and Investigations Subcommittee this month raised concerns that the sudden expansion of crypto trading could lead to a financial crisis akin to the 2008 subprime mortgage crisis, though it also provided opportunities for lawmakers to question cryptocurrency experts directly.

In yesterday’s media appearance, Rep. Budd suggested that crypto innovations such as decentralized finance (DeFi)—blockchain-based protocols that allow people to lend, borrow, and trade without ever letting an intermediary such as a bank handle their funds—neither put the nation’s security nor its economic stability at risk.

On the contrary, he thinks that the U.S. risks losing its hegemonic status if it doesn’t embrace the new technologies.

“It’s going to evolve, and I’d rather it evolve here in the U.S. than…other nations that could be hostile to us,” continued Budd. “So, I’d rather it be on our shores, so we have a regulatory framework where people can expect what the future’s going to look like and they can develop inside that framework.”

The senator is emphasizing consumer protections. “Who takes advantage of there being no rules?” she rhetorically asked on CNBC yesterday. “It’s the big guys.” Congressman Budd, on the other hand is emphasizing American innovation, signalling an instinct to protect U.S. firms within a burgeoning global industry.