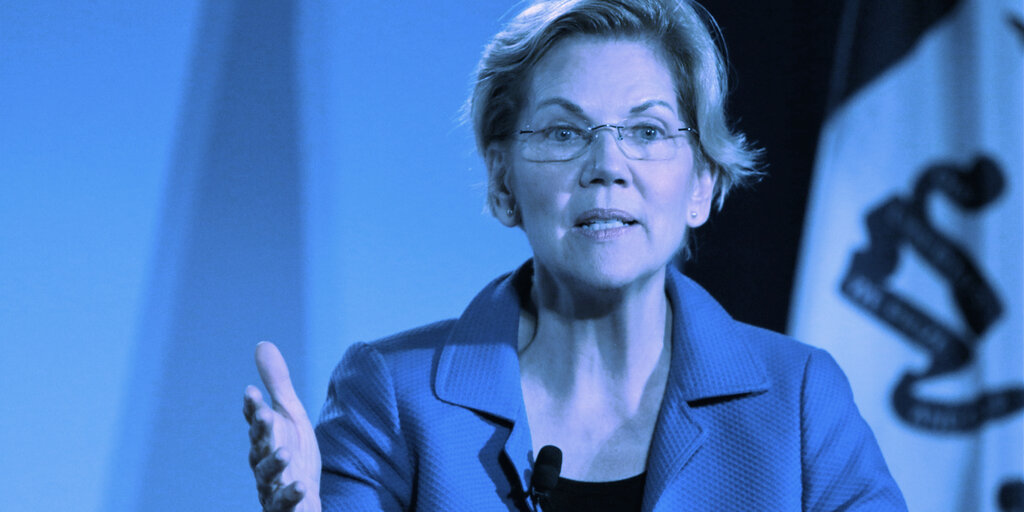 Calling cryptocurrency a “highly opaque and volatile market” in a letter to Securities and Exchange Commission (SEC) Chairman Gary Gensler yesterday, Sen. Warren requested the agency respond by July 28 with details of the SEC’s regulatory authority over cryptocurrency exchanges and their users.

While it would be easy for cryptocurrency proponents to paint Warren as a villain given her previous statements that it’s a “fourth-rate alternative to real currency,” her letter ultimately hits upon several issues that even worry some of those within the industry.

Sen. Warren, who chairs the Senate Banking Committee’s Subcommittee on Economic Policy, mentions four issues that she sees as risk factors to consumers.

First, she says, cryptocurrency exchanges aren’t regulated like stock exchanges, “even though they share many features of traditional securities exchanges.”

Second, she points to Gensler’s own admission in May that neither the SEC nor the Commodity Futures Trading Commission (CFTC) has a regulatory framework in place. As a result, state money transmission laws do the heavy lifting. According to Warren, “These regulations were not initially designed to provide oversight for sophisticated, exchange-like operations and are insufficient to ensure a safe cryptocurrency marketplace.” They’re also cumbersome for crypto firms, which have to juggle 50 different sets of rules.

Third, Sen. Warren suggests that it’s common practice within the industry to fake trading volumes. She cites a May 2019 report from crypto index fund manager Bitwise Asset Management to the SEC suggesting that 95% of CoinMarketCap’s Bitcoin trading volume was “fake and/or non-economic in nature.” She believes this amounts to market manipulation, pulling traders and their money into investments that may not be as attractive as they seem.

Finally, she gives a perhaps unintentional shout-out to decentralized exchanges, noting that centralized exchanges such as Coinbase don’t record individual transactions on a blockchain but can pool traders’ money together. With access to individual users’ funds, “they can also engage in practices like proprietary trading and wash trading to take advantage of their customers without sufficient disclosures.” (Wash trading is a way to pump up trading volume figures and manipulate the market.) Say it together now: Not your keys, not your crypto.

Citing a February 2021 report from the Federal Trade Commission, Sen. Warren says that nearly 7,000 people lost a cumulative $80 million from cryptocurrency scams from October 2020 to March 2021 alone—though those aren’t necessarily from coins and tokens trading on Coinbase and larger centralized exchanges. And Warren mentions her own concerns with decentralized finance (DeFI), the offshoot of blockchain-based protocols that allow for financial instruments without traditional financial middlemen.

To get clarity on the SEC’s approach to cryptocurrency, she’s asking the SEC to answer several questions, including how much authority the SEC has to regulate crypto exchanges and whether decentralized exchanges fall into their own category.

Moreover, she wants to know whether the assets on crypto exchanges differ from assets on traditional securities exchanges and therefore require additional regulations. She also asks whether cryptocurrency exchanges are operating fairly and if the SEC has identified any problems. Crypto traders might think that Coinbase‘s and Binance’s penchant for going offline during extreme price drops could constitute a problem.

Finally, Warren asks, does the US need to coordinate with international actors to regulate global exchanges such as Binance?

If anyone can answer these questions, it’s Gary Gensler. The SEC chair, who once taught an MIT course on blockchain technology, has similarly called for oversight of cryptocurrency exchanges, while pointing out that some of it may fall outside of the SEC’s jurisdiction. After all, the agency doesn’t believe Bitcoin and Ethereum—the two most popular crypto assets on exchanges—to be securities. In line with Warren, he also sees the SEC’s main role as one of consumer protection.

Regardless of the pointedness of the questions, given the unclear nature of cryptocurrency’s regulatory status in the US, they’re well worth answering.